Augmented reality vs. virtual reality is a battle that many new and aspiring software developers face today in the real world.

Advances in these immersive and interactive technologies have not gone unnoticed. As they go mainstream, more people want to get a job working with AR and VR.

Which is the best choice?

In this article, we'll find out by looking at use cases for both technologies. We'll also show you what you need to consider to land your dream job in either medium.

What is Virtual Reality

Virtual reality is a computer technology that creates a simulated environment where users can interact with three-dimensional (3D) space. VR hardware shuts off the outside world, and the technology simulates human senses and provides haptic-feedback to immerse people in a completely artificial environment.

For years, VR was little more than a gimmick in movies or video games. Today, VR is finding its place as an integral aspect of many industries.

The Volvo Reality app allows you to take the XC90 SUV for a test drive, and Walmart uses a VR training app to help managers learn in a stress-free environment. And then, of course, there are VR games, which is a multi-billion dollar marketplace.

How to Start Developing in Virtual Reality

Here are four fundamental areas to explore when you want to create a VR project:

To develop VR (or AR) you will need a performance hardware that is capable of running advanced graphics and compex computations. If you don't have a computer or a laptop, check our guide on VR hardware.

Secondly, you will need a VR device. If you want to create a believable, engaging, virtual world, here are the best VR devices to work with now:

For an in-depth comparison check the HTC vs Oculus article.

You can use pen and paper to get basic ideas out of your head, but if you’re serious, you should start playing around with some professional digital tools, like these:

The game engine is crucial, as it comprises the essential framework and software development kits (SDKs) required to develop VR applications for a computer or mobile device.

Here are the top contenders:

The market leaders of game engines are undoubtedly Unreal and Unity. In practice they are neck and neck. If you're choosing between one of them, read the Unreal vs Unity comparison guide.

An SDK is a plug-in with engine- and platform-specific assets, content, and special design techniques that effectively shape the overall native VR experience.

Here are some of the best SDKs for VR development:

What is Augmented Reality?

Augmented reality is a technology that changes the perception of the physical world to make it more interactive. AR achieves this by superimposing digital information onto a view of the real-world environment.

AR is best suited to enterprise tooling. In manufacturing, workers can use AR smart glasses to access text, stats, and graphical representations while working on a task.

While VR is better for gaming, AR is the technology behind the crazy success of Pokémon Go, which Forbes once called ‘the world’s most important game.

How to Start Developing in Augmented Reality

When you consider the hardware between augmented reality vs virtual reality, you’ll discover that AR development has two real choices: Microsoft HoloLens 2 and Google Glass.

While you can use Unreal or another game engine, there’s little doubt that Unity is the way to go for augmented reality developers. Not only is it the best for the medium, but it has free documentation, tutorials, and live training.

Here are a few SDKs for developing in AR:

You can learn more from Circuit Stream’s comparison guide for augmented reality SDKs.

Augmented Reality vs Virtual Reality: What to Choose?

Augmented reality is the best choice for developers if you want to create apps and experiences for:

Virtual reality is the best choice for developers if you want to create apps and experiences for:

The rise of AR and VR has been a slow burn, but now the technologies have finally moved beyond gaming and entertainment to show promise in many industries.

Now is the time to get involved. By starting small, you can build your knowledge and skills with the essential software and grow your developer portfolio.

When it comes to deciding between augmented reality vs virtual reality, you can't lose.

If you're looking to dip your toes and start from the beginning, check one of our numerous on-demand and live AR or VR workshops. 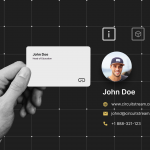 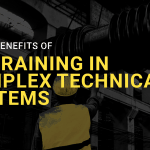