How a Digital Twin Can Transform Your Business

Imagine your boiler stopped working. You can either try to fix it yourself or call an engineer. In either case, you or the engineer need to be near the boiler to fix it. But what if that’s impossible? What if you cannot physically access the boiler? What if it’s flying through space hundreds of thousands of kilometers away?

That was the problem NASA engineers tried to solve in the early 1960s. The Space Race was well underway and the Soviet Union was winning. NASA engineers were under pressure to figure out how they could operate, maintain, and repair a spacecraft when they weren’t in physical proximity with it.

It led to the development of pairing technology; an adequate solution at the time. The problem, however, never went away. We just got better at solving it. Ever since the 1960s, we’ve been trying to improve our control over machines from a distance. The best solution to this problem today is something called a digital twin.

A digital twin is a virtual model of a process, product, or even a service. Dr. Michael Grieves introduced the term back in 2002, but it only recently surged in popularity. Gartner named digital twins a strategic technology trend both in 2017 and 2018, saying that digital twins will exist for billions of things in the near future.

What exactly is a digital twin and why are so many companies suddenly interested in it? This article will dive deeper into the definition of a digital twin — as there’s some ambiguity about the term — and will present its many benefits. We’ll also go over a few use cases in major industries and discuss how virtual reality can further improve digital twins.

What Exactly is a Digital Twin?

As usual with a new idea that many people are excited about, there’s some confusion about the exact definition of a digital twin. In their 2018 paper on digital twins, Werner Kritzinger et al. noticed that the term “digital twin” is used for three distinctly different things. To clear up the confusion, they proposed to split up the concept of a digital twin into three separate concepts.

First of all, there’s the digital model. This is a digital representation of an existing or a planned physical object without any automated data exchange. All changes need to be made manually, and a change of state in the physical or the digital object will have no direct effect on its counterpart.

Thirdly, there’s the full-blown digital twin. This is a digital representation of an existing physical object with an automated data flow between both objects. A digital twin is fully capable of acting as its physical counterpart.

The Benefits of a Digital Twin

The surge in popularity of digital models, shadows, and twins mostly has to do with the decreasing cost of sensors. Nowadays, even your fridge can be connected to the Internet. Two decades after Dr. Michael Grieves defined the term “digital twin,” the benefits of creating a digital representation of a physical object often outweigh the costs.

Firstly, a digital twin provides visibility in the operations of your machines, systems, and processes. At a glance, from wherever you are, you can understand what’s happening with the objects you’ve tagged digitally.

Digital twins are furthest along in the manufacturing industry. Woodward is a manufacturer of control systems, and they use digital twins of their manufacturing equipment to “troubleshoot and optimize performance, increase efficiency, improve reliability, and verify a change in systems before applying it in the real environment.”

Digital twins are used in the automotive industry too. Volvo created a virtual twin factory to significantly shorten lead times to market. With a digital twin of their factory, they can test “the entire functionality in product quality, resource use, maintenance, process stability and cost.”

The healthcare industry can also benefit from digital twins. More specifically, smart devices can create a digital twin of a patient that provides hospitals and healthcare providers with information on someone’s health in real-time. If that sounds far-fetched, consider that the Apple Watch has a fall detection mode that can inform emergency services when it detects a hard fall.

Governments are jumping in on the action too. The Singaporean government, for example, created a digital twin of Singapore to make sure the city remains comfortable to live, work, and raise a family in. The digital twin allows government officials to conduct experiments and see how they affect the city.

The Impact of Virtual Reality on Digital Twins

A digital twin is fundamentally about the accurate visualization of a physical object. Currently, we visualize these 3D objects on 2D screens. Virtual reality allows you to experience digital twins in a significantly more immersive environment.

This feature is particularly interesting if you intend to use the digital representation of a machine to train your employees. For example, INVISTA trains its employees with virtual reality, using a digital model of a spooling machine. The simulation turned out to be a safer, faster, and cheaper way of training employees.

Augmented reality has its place here too. A digital shadow or twin can superimpose information on a machine to show an engineer its inner, invisible workings. This factor allows the engineer to make faster and better decisions.

Because of their many benefits, digital models, shadows, and twins are finding their way across a wide variety of industries. This trend is likely going to accelerate significantly as the cost of sensors goes down even further and the technology becomes cost-effective for smaller companies to develop digital twins too.Virtual reality has the ability to further augment the capabilities of a digital twin. If you want to better understand how virtual reality and digital twins can help you achieve your business goals, check out our case study. 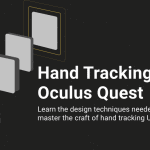