Welcome to Section Two of the HTC Vive Unity Virtual Reality Development Tutorial. In this section, we’re going to go over how to make virtual reality applications that use the HTC Vive controllers! We'll create two scripts that will allow you to pick up and throw objects in your scene. We’ll cover the different ways you can accomplish this then deep dive into those methods.

There are lots of ways you could go about picking up objects in VR. We’ve boiled it down to three basic methods for us to go over. We’ll only be doing a deep dive into one of these methods, but we wanted to show you a couple other methods and their advantages. The code for these other methods will be available for you in the project if you’d like to look into them further.

Simplest implementation - parenting object to hand on pickup. Its like supergluing the cube to your hand, as the cube cannot be moved from your hand.
Clips through immovable objects:

Pushes around movable objects, but no differentiation made for mass. (Left cube has less mass)

If you have physics objects in scene that are constrained (like a joint), this implementation can break them:

Attach to hand with Joint

This is slightly more difficult to implement. It's like taping the cube to your hand. The cube has some wiggle under strain, and can be broken if you apply a break force.

Object is left behind when you try to drag through immovable objects - but it can be a little ungraceful.
More graceful if you apply a break force.

Can differentiate between objects of different mass (Left cube has less mass) - cube sinks a little deeper into heavy cube before pushing, but it's not a huge difference.

Break force can be used to make some objects too heavy to move.

Will not break constrained physics objects.

You can use break force to make a more realistic interaction with constrained physics objects.

Use Physics with MoveToward + Velocity

This is similar to the jointed method. It is also the most complex implementation of the three. It's like your hand and the cube are magnetized to each other.
Object is left behind when you try to drag through immovable objects - more gracefully than joints.

Will not break constrained physics objects.

For both parenting and jointed methods, you can throw an object by releasing the controller’s hold on it, and then applying the controller’s current velocity and angular velocity to the object. For the physics method, you can simply “let go” - since it already has velocity. We will cover this more next, when we do a deep dive into the parenting pickup script.

So let’s take a closer look at how to create and implement one of these methods of picking up objects. The parenting method is the simplest, so we’ll cover that one.

In order for our controllers to be able to interact with objects in the scene, we’re going to need to add colliders. The simplest way to do this is to just create sphere colliders on the Controller objects (Children of the [CameraRig] object) The controller’s IsTrigger property should be set to true.

Creating the Script that will go on Interactable Objects

We’re going to start with the scripts that you put on any object you want to have some sort of interaction with the controllers. You could put all of this logic on the script that you attach to the vive controllers. I find it’s more flexible to put it on the object and only receive input from the controller.

You could set up an event system on the controller that you could have objects subscribe to, but for now I’m going to do a slightly simpler and faster implementation.

First, we’re setting the object to be kinematic so it is no longer affected by physics forces (like gravity or other objects) and will stay in our hand. Then, we’re setting the object’s parent to be the controller. You could just accept a gameobject here as an argument instead of the controller input script. Just did for consistency (you need it in the release method) in the example.

Now we need a method for releasing the object when the user lets go.

This check prevents the cube from falling from your right hand, because the left hand is not the hand holding the object.

Once we have that confirmed, we’re setting the rigid body back to its original kinematic state (just in case it started out as kinematic for whatever reason). Then we’re setting its parent back to the original parent. I put a small line here for making sure the original parent wasn’t the controller. It may not be necessary, but I’m being precautious. Last, we’re giving the object’s rigidbody the same force and angular velocity that the controller has when you let go, which will result in a nice throw.

Getting Input from the Controllers

Now that we have a script that we can attach to objects allowing them to be picked up and thrown, we need a way to trigger those methods. We know we want them to happen when the user is touching the object and then pressing a button. Next, we need to set up a script that can get that information from the controllers. We’re going back to that other script you created earlier, and we’re going to fill it out.

First we need access to the information from the controller device. As discussed before, this is achieved by creating a Device property that gets device information from SteamVR_Controller upon request. The script is going to go on the same hand as the SteamVR_TrackedObject script, so we can just get it from the gameObject on Awake.

Also, we’re creating a class variable to hold a reference to the object(s) we’re holding. This way, if you manage to get your controller inside two objects at once and pick them both up, it won’t break our logic.

Now we’re going to put some logic inside the OnTriggerStay method, which fires when the hand is inside something else with a collider.

First, we’re checking whether the object we’re touching is interactable. We’re achieving this by checking to see if it has the interactable script that we built attached to it. If it doesn’t we’re not going to do anything. Then we’re checking to see if the trigger button was pressed down on the object this frame. Be sure to use GetPressDown and not GetPress, since GetPressDown only fires on one frame, when the user first presses down. We don’t want this logic to return “true” every frame the user has the button pressed, just the first frame.

We need to trigger the release method on the object when the trigger is released. We could do the same as before and check for GetPressUp in the OnTriggerStay method, but I’ve found that in some rare cases, the object gets parented while outside of the collider and so the OnTriggerStay method stops firing and the object gets stuck. So I prefer to collect the object(s) we’re holding, and then any time after that when the trigger is released, we trigger the Release method on every object in that list. Instead of putting the code inside the OnTriggerStay, I’m going to put it inside the Update function so it’s constantly checking for the trigger to be released as long as there’s something in the list.

And there you have it! A simple interaction script that allows you to pick up and throw objects around!

See you in the next section of our introduction to virtual reality development for Unity and the HTC Vive!

Previously: Introduction and Setup.
Next Up: Expanding the Interactables Class.

If you're new to Unity and want to learn virtual reality development, visit our courses page for structured Unity training and VR classes. 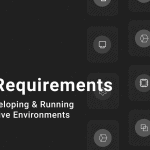 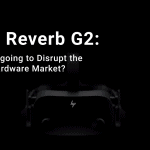