Welcome to Section One of the HTC Vive Unity Virtual Reality Development Tutorial. The goal of this section is to get you up and running with Unity and the Vive so you can begin developing virtual reality apps. At the end of this tutorial, you’ll have a scene setup you can use with the Vive!
Before getting started, make sure you have the following:

If you're new to Unity, visit our courses page for Unity training and virtual reality classes.

If you would like access to the project we're referencing so you can more easily follow along, you can download it here. Unzip the project and place it where you can find it. Then, in the next step, instead of creating a new project, simply use the 'Open' button. It will open a browsing prompt similar to the one pictured below. Navigate to your project folder that you unzipped, and click 'Select Folder'. 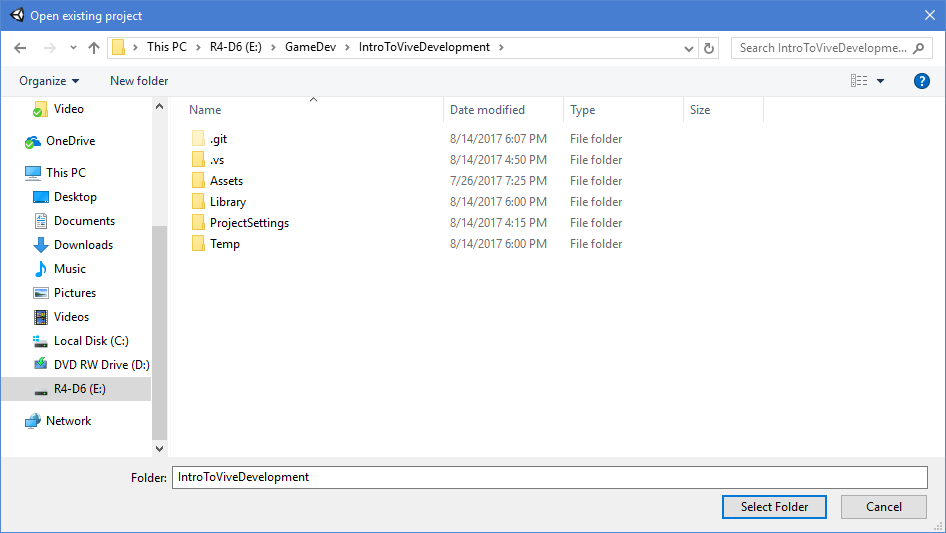 If you're starting from scratch and don't want to follow along in the provided project (which is totally fine), start by creating a new project. 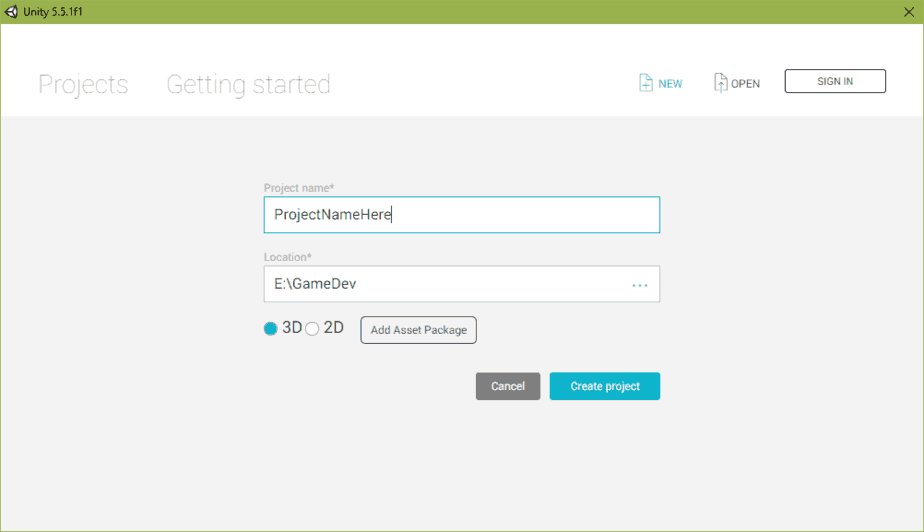 If you are working with in the provided project and did not start your own, you can skip this step! Otherwise, open up the asset store window in Unity by selecting Window > Asset Store and search for SteamVR. Click the Download button. Once it's finished downloading, you will see the Import Unity Package window. In the bottom right corner click Import and then click Accept All. 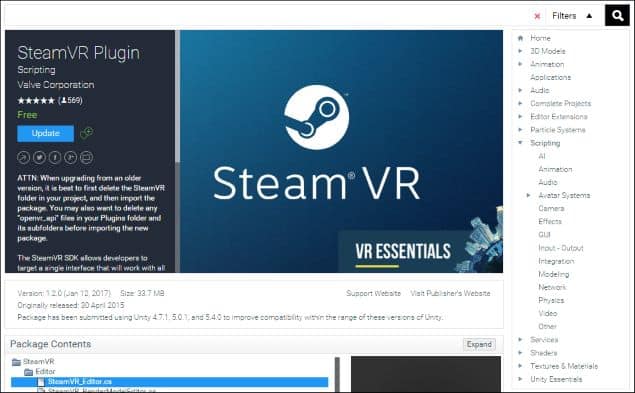 Once SteamVR has finished importing you will have a new folder named SteamVR in your Project tab.

Regardless of whether you're starting a new project or using the existing one, you'll want your own scene to work in. Create and Save a scene for your VR Work. If you are starting fresh, I suggest creating a Scenes folder in in your project window for storing your scene files.

Set up the VR Camera Rig

Drag and Drop the [CameraRig] located in the SteamVR/Prefabs folder into your scene. 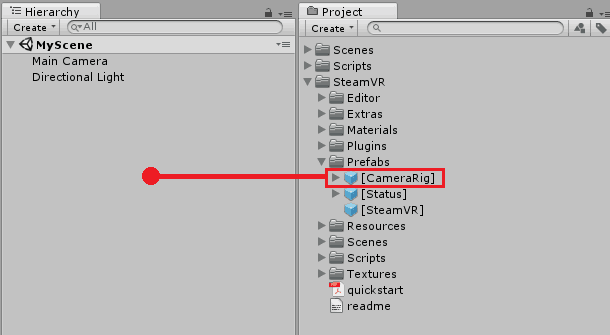 You can’t have two conflicting cameras in the scene, so delete or disable the default ‘Main Camera’ in your scene.

Make sure SteamVR is running (the application, not the plugin. I know it’s confusing).

Now that we have the camera rig in our scene, let’s look at what options we have. There are a lot of things you can dive into, but for simplicity’s sake, let’s just look at the Steam VR_Play Area component on the [CameraRig] GameObject. 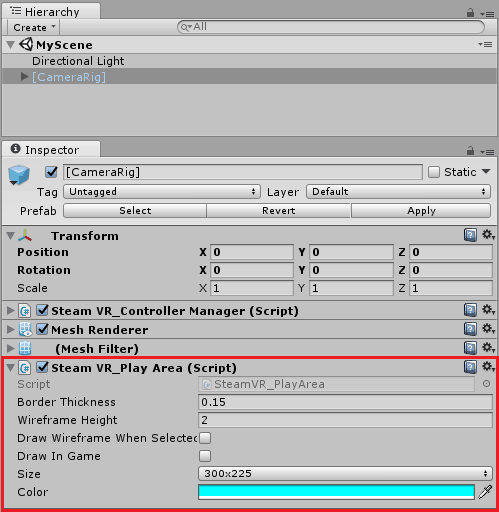 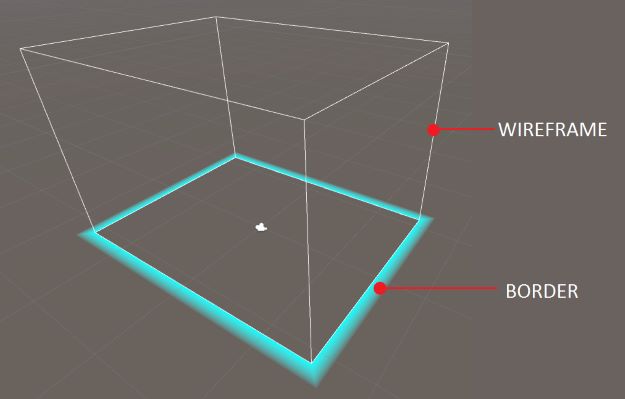 All of these things are guidelines for you to set up your scene with, and possibly your player to use (though most games just stick with the Vive default wire boundary that keeps you in your play space). It does not change the boundaries the player set when they set up their Vive.

Accessing Information on the Controllers

Information About Properties and Button States

If you’re unfamiliar with properties, we like to think of them as a combination of method and variable. You use them just like a variable, but they’re actually a special kind of method called an accessor. So instead of directly manipulating the value contained in the variable, you can give these guys specific instructions for what they should do when anyone “gets” them (asks for their value) or “sets” them (assigns a value to them). So, in this case, instead of storing a value in device directly, we’re having it call Input method and returning the result any time we use the device property.

You can get information about button states using methods in the Device class:

It's okay if you don’t remember all these. We’re going to be using most of them later on, so you’ll get to see how they work!

That completes Section One of our virtual reality Unity tutorial for the HTC Vive! Visit the next post to learn about Pickup Interactions!