Let’s say you are creating a Beat Saber game, and need to keep track of when each block should appear during each music. We could create a variable for each block with the timestamp of its appearance, like so:

But that is simply impossible, especially with some music having over 1 thousand blocks. For these kinds of problems C# have Arrays, “containers” that store multiple data sequentially. So when you are dealing with enemies, quests, targets, etc, you will probably use arrays, or some similar data structure.

Strings are a special type of arrays, as they are a sequential collection of characters. But due to their frequent usage, C# provides a special built-in way to use them.

As we said arrays store multiple data, but in order for the program, and us, understand how to access that data. For this, arrays follow some rules:

// This will throw a compilation error. You may use this syntax only when declaring array variables
enemiesRemainingHealth = { 88, 15, 37, 84 };

The values stored in the array are declared inside the curly brackets “{ }”, they are added to the collection in the same order declared, and must fit the DataType of the array.

The new keyword will be explained in detail in the next chapter, for now think of it as if you were instantiating the array, “allocating space” for the whole “collection”.

Like I said earlier, arrays store the data sequentially, and so, each entry can be accessed through an index:

// C# ignores white space, so sometimes declare an array
// in multiple lines, for better readability
string[] possibleAnswers = {
"I accept the quest!",
"Tell me why?!",
"Nah thanks"
};

// Prints "Nah thanks" to the Unity Console
Debug.Log(possibleAnswers[2]);

In C# the arrays are indexed starting from 0, that is why the previous example prints “Nah thanks” instead of “Tell me Why?!” when using the index: 2.

Remember when I said the new keyword was to separate a space for the array? This means we can’t go changing an array size willy nilly. So if you want to alter the size of an array, refer back to the Building arrays section, and re-assign the array variable by creating a new array.

Changing the values stored in an array, on the other hand, is definitely possible! 🙂

Using values inside an array is really similar to any other variable, just make sure to add which index of the array you are modifying and you are good to go!

When you declare an array and provides only its size, as we just did for “playerIDs”, each array entry is filled with the default value of the array DataType:

Null values will also be covered in the next lesson. For now think of it like this: Remember that strings are arrays? When an array has a null value, it is because we still haven’t “allocated any space” for it, and so it is like it doesn’t exist.

Arrays come with some built-in functionality for the most common operations done with arrays. I will cover the main ones, but you can find an extensive list at Microsoft documentation.

Knowing the size of an array is extremely useful, especially when declaring arrays with sizes that vary per execution.

// Prints 3 to the Unity Console
Debug.Log(currentPlayerIDs.Length);

Be careful not to try to access or modify values outside of the arrays bounds, doing so will give you an error: “IndexOutOfRangeException: Index was outside the bounds of the array.”

This is the Array.Length documentation for more info.

Next on the list is the Array.IndexOf method. This will search the provided array for a target value and return the index of the first occurrence, if there is one.

// Prints 3 to the Unity Console
Debug.Log(Array.IndexOf(spellCooldowns, 33));

// Prints 1 to the Unity Console, since it is the first occurrence.
Debug.Log(Array.IndexOf(spellCooldowns, 0));

// Prints -1 to the Unity Console, since it didn't find the target value
Debug.Log(Array.IndexOf(spellCooldowns, 999));

There are some overloads to this method, where you can provide a range for the search, make sure to check the documentation 🙂

Next up, Array.Sort! Oftentimes you need to set an array value in a specific order, for that we have the Sort method.

Number arrays are sorted in ascending order (lowest to highest), while string arrays are sorted alphabetically. There are ways to change the sorting logic using overrides of this function, it uses more advanced techniques, but definitely take a look at the documentation if you ever need it!

So far we can store multiple data in arrays, but still, if we were to actually process that data, we still need to do it manually, one by one. And that is where loops come into play!

I won’t cover while and do..while loops here, because they are not used too much, and usually can be rewritten in terms of for and foreach loops.

The for loop is used when you want to execute a block of code a X number of times. It follows the following syntax:

This is executed only once, before anything else, and it is mostly used to declare a variable that will be used during the iteration.

This statement must be a boolean expression. Before every loop, this expression is executed, if the condition evaluates to true, the loop keeps executing, otherwise it stops, and the control flow proceeds to the next statement after the for loop.

The iterator statement executes after each loop, that is, after the condition and block of code are executed. It is most commonly used for incrementing the variable declared in the initializer.

The foreach will iterate in order over the entire collection provided, and on each iteration, set the variable “variableName” to the current value of the iteration. Make sure the DataType provided matches the DataType of the values inside the collection.

foreach (string command in commands)
{
// The variable “command” will be set to each of the values inside commands
Debug.Log(command);
}

For now you only know arrays, but foreach loops can be used with other collection structures as well, like Dictionaries and Lists, they use some more advanced features but are worth a look.

Next week we’ll take a look at the heavily awaited Classes and Objects. With all the logic aspects out of the way, it’s time to see how it all fits together. 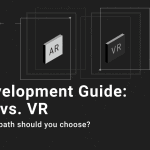