Imagine meeting with dozens of your most talented employees to collaborate on a new product. Using 3D modeling, you find several flaws in the product design that would have cost millions in production costs.

Now, imagine doing this a thousand miles away from each other.

Microsoft recently revealed their newest mixed reality headset, the Microsoft HoloLens 2, during the 2019 Mobile World Congress and it looks like it’s going to be a game-changer. An upgrade from their original HoloLens, the HoloLens 2 was created as a more accessible solution for businesses to harness the power of mixed reality.

So, what’s that mean for your company? Let’s take a look.

Fill the form and a Circuit Stream representative will follow up with you shortly.

Companies who are succeeding with Circuit Stream: 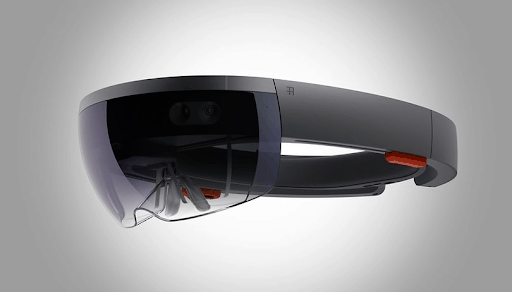 So, what exactly is the HoloLens 2? Simply put, a tool to help businesses work more effectively.

Unlike conventional virtual reality headsets, the HoloLens 2 is designed to allow users to engage more thoroughly with their surroundings. The built-in camera records video of the worksite and utilizes smart learning to actually understand what’s going on in real-time.

The upgraded Qualcomm Snapdragon 850 processor then uses a time-of-flight sensor which allows you to see your surroundings in 3D and interact with them accordingly. If you see an augmented reality (AR) object, you can touch or grab it in the same way you would an object in the real world. This is a big step up from the original HoloLens, which could only recognize simple gestures and needed a controller for more complex actions.

Of course, there are several other mixed reality options out there. So, what makes the HoloLens 2 the best option for businesses? 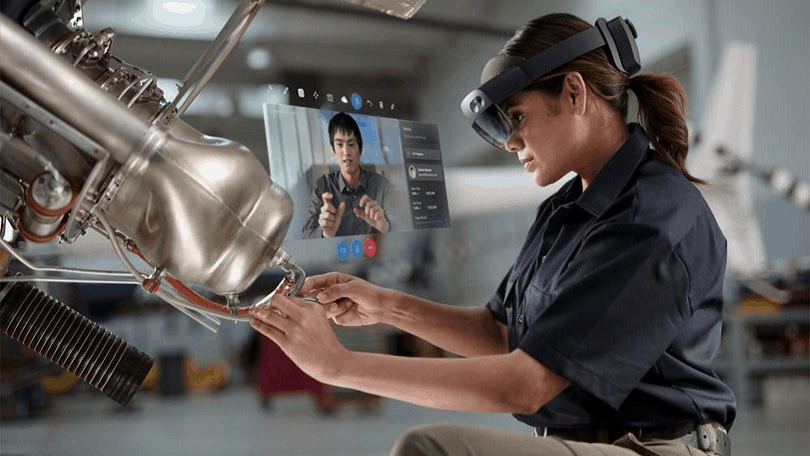 From the Department of Defense to NASA, Microsoft understands exactly who is using their products and they’re creating products that satisfy those needs. Virtual reality isn’t just for video games  — the global virtual reality market share of VR/AR is expected to grow to $117 billion by 2024 and Microsoft plans to lead the way. As a business solution, the HoloLens 2 covers easy-to-use business applications such as:

Microsoft has also begun paving the way for an “open project” concept, which allows developers to contribute developments for the device. This means you can expect a host of HoloLens 2 applications to flood the market as developers begin creating their own custom apps.

As a result, you can also expect long-term development and support in the future. Microsoft Azure Corporate Vice President Julia White summed up their plans for the future at this year’s Mobile World Congress:

“We are entering a new era of computing, one in which the digital world goes beyond two-dimensional screens and enters the three-dimensional world," White said. "This new collaborative computing era will empower us all to achieve more, break boundaries, and work together with greater ease and immediacy in 3D." 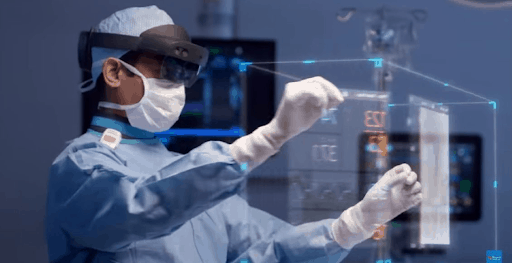 XR is a growing technology, which means that the landscape is constantly expanding. There’s never been a better time to jump into XR solutions, so it’s important to partner with a company who has experience in the field.

This is where Microsoft has a distinct advantage over other providers. As one of the forerunners of XR technology, they have massive amounts of experience with high-level enterprises such as: 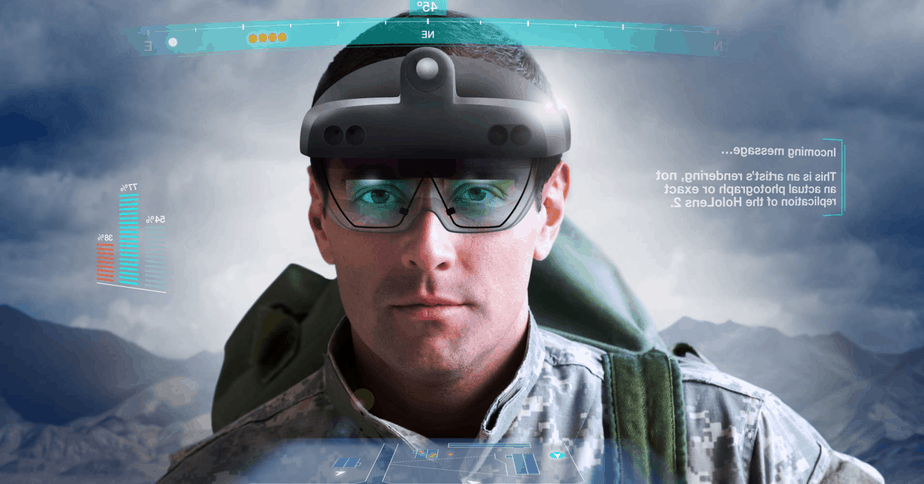 As a leader in the industry, Microsoft is invested in its products and upgrading its already working solutions. Just take a look at the upgrades made in the HoloLens 2. While the first HoloLens was a great headset, it suffered from several product flaws such as:

Microsoft responded to their customer’s needs. The HoloLens 2 has made significant upgrades from the original HoloLens. The frame has since been changed to a carbon-fiber frame and more ergonomic design, making it more comfortable to wear for 2-3 hours, which is the average length of battery life.

Included in the new design is a flip-up visor that lets you switch between 3D and real-life without having to take the entire headset off. The visor also has the added benefit of allowing users to wear eye-glasses while using the headset.

Doubling the FoV is another major upgrade to the headset and a welcome improvement to what was often cited as its biggest downfall. On top of that, they also added entirely new features such as eye-tracking that allows you to scroll through menus hands-free and a retina-scanner for quick login to Microsoft Hello.

The HoloLens 2 was created primarily with the enterprise in mind, which means that it has the analytics to keep up. Their datasets can reach a whopping 100,000,000 polygons and the results are tangible. In-device graphics have improved since the original HoloLens, allowing users to make 3D models or pop-up windows that linger in the augmented reality. This way you can leave notes for others who are using the same virtual space as you, creating a more cohesive and accurate set of data for other users to reference. 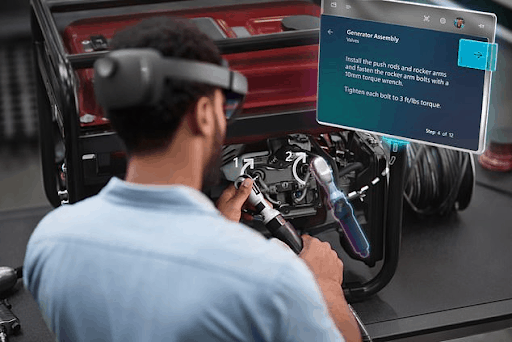 This is a game-changer for business analytics. The HoloLens 2 can collect data analytics as they come in and then use this information in a number of ways. With it, you can:

The UX of the HoloLens 2 has seen a radical improvement since its flagship model, putting it well ahead of other XR headsets on the market for enterprise solutions. Not only has the ergonomics been improved upon, but the software has also gotten an upgrade.

In addition to the improved FoV, the HoloLens 2 has upgraded the aspect ratio to 3:2, which users will find easier on the eyes than the old ratio of 16:9. Coupled with a 2k display for each eye, it’s safe to say that eye fatigue is a thing of the past.

The new model has also been equipped with an Azure Connect Sensor which comes with an accelerometer, gyroscope, and magnetometer for inertial measurements. The camera features an 8-megapixel camera to sense depth, so users can expect an improved visual experience.

Arguably one of the biggest upgrades in UX is Microsoft’s decision to do away with external controllers. Instead, the HoloLens 2 relies on a combination of hand and voice controls to control the headset, making it a much more intuitive experience.

6. HoloLens 2 Uses its own Infrastructure

A distinct advantage of the HoloLens 2 versus similar VR headsets is that it owns its own infrastructure: the Azure Cloud.

The Azure Cloud is Microsoft’s custom-built set of cloud services. Created specifically to help businesses face their day-to-day challenges, it allows you to use your personal tools and frameworks to build and use applications across the network.

Other headsets can run into compatibility issues with other applications — this isn’t a problem with the HoloLens 2. The Azure Cloud network is open-source, so the sky’s the limit when it comes to developing your own frameworks.

Take a look at the available options in VR technology and you’ll see a fair amount on the market. It’s a growing field and everybody wants to ride the wave to the future.

Considering what’s currently available, the HoloLens 2 has taken the usual staples of XR technology and given them a much needed upgrade. As a business solution, it’s one of the most accessible and intuitive headsets out there without sacrificing the powerful features needed to help businesses compete in a world that’s fast-paced and always changing.

When searching for your next XR business solution, keep these key takeaways in mind: