In the latest installment of our Student Spotlight series, we’ll find out how Alberto Lopez found Circuit Stream, and how his career has progressed since completing our course.

Alberto was working as a senior motion designer for Viasat Inc., which specializes in military and commercial telecommunications. While that job sounds like the dream of some, it wasn’t enough for Alberto. Drawn to virtual reality and augmented reality, he felt compelled to get involved. 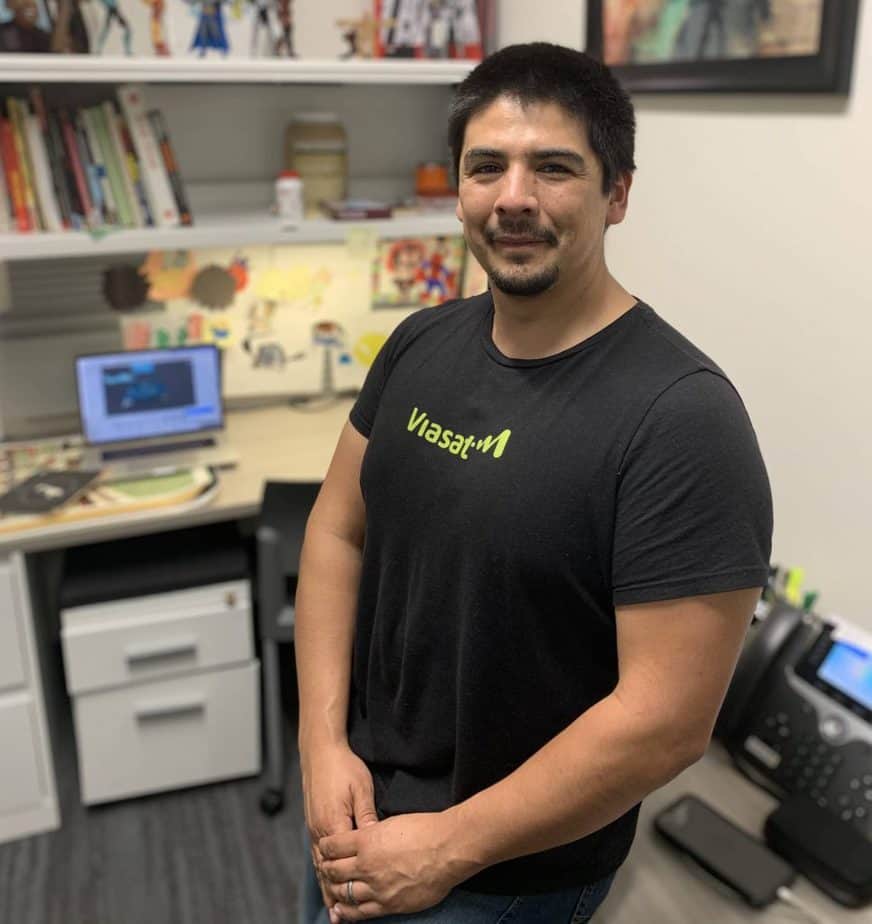 “I wanted to move away from motion design. I feel like they (AR and VR) are a natural evolution to what’s going to happen,” he explains, “So, I figured I might as well start learning now.”

Alberto recognized how some of the most advanced technologies in the world today are becoming more intertwined. From 5G (Fifth generation mobile network) to AR, he expects it won’t be too long before people enjoying really sustainable, engaging VR and AR experiences.

Keen to get in on the ground floor, Alberto sought a course with a strong faculty, as well as a curriculum that catered to his needs.

“Good mentors are hard to find. I really wanted to be in a course where I would not only have strong foundational skills laid out but also wanted strong teachers that would help me develop myself,” he explains.

After doing some research, Alberto couldn’t find the right course. With limited prior experience, it wasn’t easy. Thankfully, the answer soon came to him while he was listening to the VR/AR podcast.

Circuit Stream founder, Lou Pushelberg, was the guest that day. He laid out the whole coursework for the Circuit Stream course, and it clicked with Alberto:

“I figured that this course is perfect for me because I have no coding experience and no development experience.”

Alberto had some 3D and game engine foundational skills, which he had learned in school. However, getting into augmented reality with zero coding ability was a tall order.

He tells us that, “Coding was definitely a huge barrier at the beginning. It was like not knowing another language. Not understanding how to problem-solve.”

Luckily for Alberto, the Circuit Stream course is designed to help people learn from scratch, so he was able to progress quickly.

The nature of VR and AR is that the design environments are almost infinite in terms of space or possibility, The technologies are still in their infancy, and so even hardened veterans in software development and programming have a lot to learn about how projects should be structured and managed.

Alberto was quite surprised by this reality, noting that the vast amount of different workflows and approaches was somewhat intimidating.

"It feels like every single project you're working on has like different sets of Legos that you have to put together to build something new. You have to know which Legos go where or what they do. There are no hard and fast rules."

In just ten weeks, Alberto learned how to code. While he may not be a coding master yet, he developed a strong foundation to build upon in the future. He credits much of his progress to the fantastic social networking aspect of the Circuit Stream course.

“I love the Slack group,” he claims, “If I need a question answered, they’re there. So, it’s not just teaching me the strong foundational skills, but there's also a community that I can go to if I need it. If I've reached my max competency, I have people that can help me. I think that's important.”

Before starting the course, Alberto had an idea in mind, inspired by his work for the government. He wanted to create a virtual battlefield to assess military communications, and ultimately, he planned to design a secure VR network that would allow soldiers to communicate freely without any interruptions, lost signals, or misinterpreted messages.

In theory, his concept could save the lives of soldiers on the battlefield, which made it an exciting prospect for Alberto on the course, and also for military personnel in the future.

Taking his App to the Next Level

During the course, Alberto discovered a hard truth about augmented reality:

“One of the big takeaways for me about learning AR or any kind of development is that breaking things is a huge part of the process,” he laughs.

Originally, he wanted to develop a HoloLens version of his idea, but it kept breaking despite his best efforts. By the end of the course, he had a version worth showing people.

After finishing the course, Alberto was hard at work for his company on other projects. However, he claims the stakeholders really enjoyed his app, and they wanted to do more with it.

In December 2019, ZDNet reported that Alberto had gone on to develop a version of his app for HoloLens. 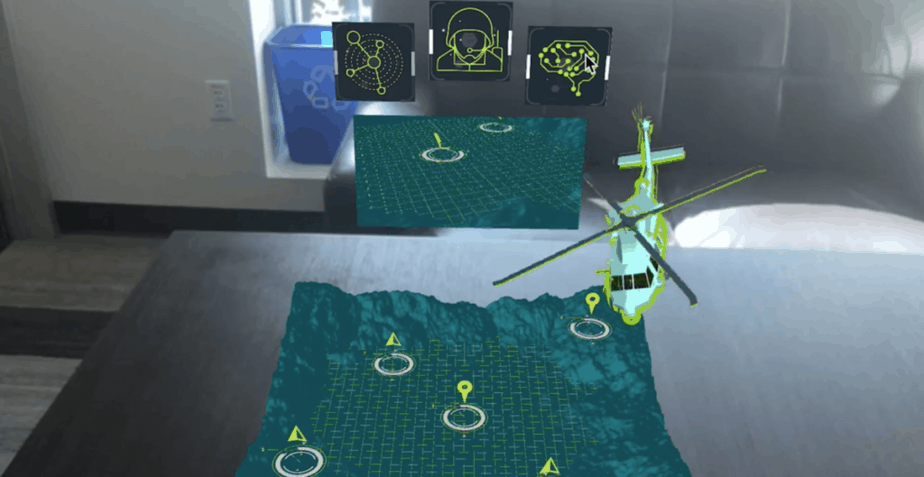 Recollecting about the course, Alberto explains that "we developed the style based on Cinema 4D. But we had to emulate that in the Unity engine. So it was cool to be able to do that. I think with those assets already done, I'll be able to create assets a little bit easier in the future. I do want to do more apps for the company right now."

Related Reading: 6 Reasons Microsoft HoloLens 2 is the most suitable for business solutions

Augmented reality and virtual reality are the newest toys in the digital world, and many businesses, designers, and consumers are still trying to figure out how best to use them.

Like basically everything else nowadays, data is the backbone for these technologies, which presents exciting new opportunities for marketers. Alberto acknowledges that “there's so much marketing potential. Once we all start wearing AR/VR glasses, there's going to be a lot of biometric data that is going to be sent back to marketers.”

He sees this as a double-edged sword that offers not only great opportunities but also some potential problems.

"We're going to get a lot of data, but it's going to be very invasive. It is a huge question. How do people feel about this? If you were wearing AR glasses in an Android ecosystem, would you see different things than you would on an Apple system? Let's say you're in a higher income bracket. Will you see different ads that other people won't see. How does that affect you psychologically?"

There's a lot of crazy questions that haven't been answered yet because we haven't implemented AR across the world. With these issues in mind, Alberto is keen to explore the social responsibility of designing apps. We’re looking forward to seeing what he comes up with next.