In this segment of our Student Spotlight series, we chat with Chris Rojas to see how he became a champion for XR at his company and how the Circuit Stream course is helping him drive innovation.

Chris Rojas enrolled in college as a computer science major, but after just one class, he realized he was on the wrong path. Accepting that he would "not be able to hang" with the course, he decided to pursue his passion for mechanical engineering instead.
After graduating, he started in the automobile industry, working for Toyota for three years before switching to aerospace. There, he gained valuable hands-on experience building satellites and writing technical instructions.

Over time, Chris realized how underserved the technicians were. While they were assembling cutting-edge technology on a daily basis, they were still relying on paper drawings and clunky binders for their engineering work instructions.

A few years down the track, the company adopted the Adobe Kickbox program in an effort to spark much-needed transformation. This method of corporate innovation allocates a budget for new projects and encourages employees to pitch their ideas to the company executives.

At the time, the Microsoft HoloLens was only new, and its hefty price tag was almost three times as big as the $1,000 Kickbox limit. Not to be deterred, Chris and his co-workers managed to persuade the program leader to bend the rules, allowing them to combine their investments.

Sparking Ideas and A New Path

Getting his hands on the HoloLens, Chris created his first 3D holographic models without any prior development skills. Wasting no time in getting to grips with the device, Chris and his partner created a demo, and then pitched their vision to a group of VPs and executives, explaining how the company could use the HoloLens to streamline manufacturing processes.

"We got an excellent reception, and were one of the first teams to receive funding on our new Factory of the Future department with essentially, no limits," recalls Chris.

After some internal organizational changes, Chris and his partner decided they needed to build a customized development platform that would cater to their specific use cases. Along with three recruited developers, they used Unity to create an in-house, augmented reality manufacturing assistant, better known as ARMA (AR Manufacturing Assistant).

"After a few months of planning and development, we deployed it to our production floor. . I learned a lot from it, and we got a great reception from the people who were actually using HoloLens daily"

Chris was an early adopter of the technology at the company and had a vision for the future. However, he recognized the value of having a developer as a partner.

"It helps to put into context what was possible ...because as a non-developer, you may think the sky's the limit. But you have constraints like time, human resources, or technology," he explains.

As somebody with zero background in development, Chris had quickly become a champion of XR technology in the company. While he admits it was a fun experience, he knew something was amiss.

“Our developers would be talking about things in Unity, and I became really interested in what that was all about. I wanted to be able to help make good decisions rather than just kind of drive the end vision. I wanted to be there alongside them on the journey towards it.”

In 2018, Chris attended the AWE Augmented World Expo in Santa Clara, which is where he first discovered Circuit Stream at its free workshop.

"That was about the same time we were using the HoloLens, so I was like, 'this is perfect.'"

The workshop was about creating an AR business card. Whipping out his laptop, Chris frantically took as many notes as he could.

“I went home right away, so excited because the workshop was just so awesome like it made you feel like you could do it.”

Within an hour, he got it working. Realizing what he has just done with no prior experience, the penny dropped. He was hooked and knew he wanted more.

Initially, the big worry was whether he had time to take Circuit Stream’s 10-week course. With his current commitments, he was unsure if he could take on the challenge.

In the meantime, Chris started teaching himself about C-sharp—the primary programming language used in Unity and XR development. Soon enough, a chance to join the course came along, and there was no holding back.

"When the window finally opened. I just went in headfirst, and I've been able to immerse myself in everything."

A Non-Developer Gains A Development Portfolio

Explaining his vision for improving his company to his instructors in the virtual classroom, Chris quickly gained the skills and knowledge that he could then take back to the developers at his workplace.

Chris felt his basic foundation in C sharp definitely helped, but he also points out that the course is run in a way that enables the instructors to get a feel for the students' levels.

"As they go through the lessons, there are always times where they just stop and check-in to make sure everyone understands," he remarks.

Now approaching the end of the course, Chris is astonished at what he has achieved in such a short space of time.
“I essentially have a portfolio now. Looking back, I have something like five or six projects that I could continue to build on because I understand how they were made,” he asserts, “They’re not something that I just copied and pasted—I actually built these along with the instructor.”

The Future: Taking His Passion Next-Level

Now, when Chris has meetings with his developers at the company, he feels more confident in his role as project lead and XR champion.

"Suddenly, I could talk with them, almost at the same level, at least at the technical level, and suggest ideas. There were even things that I learned in the course that they weren’t aware of."

Realizing Unity and XR's fast-paced nature, Chris sees the immense value the course has provided him and looks forward to parlaying that education into his projects at work.

“We are iterating on the product now, to improve the UX and UI, adding better features with everything we’ve learned from the feedback we got from technicians.”

While that project may run for another six months or so, Chris is keen to make XR an integral part of his life in the years ahead.

"It's so fun, as I understand the mechanical, physical aspects, and have that experience, and now I'm meshing it with software, which is the same inevitable path that the technology world is going. . It's a thrill," he exclaims.

Like many prospective new students, Chris harbored concerns about the time management and commitment required to succeed on the course. However, he now recognizes just how doable it is, even with a job.

With three hours of teaching time per week, plus an additional hour for your one-to-one session, the course offered the flexibility Chris needed, as you can choose from different time slots. He emphasizes that you need to invest some time outside of the classes to reinforce the knowledge.

"The early projects are very doable to get you comfortable with the Unity interface, but it is important to keep up with the lessons since they progressively build off one another "

By dedicating the time after each lesson to review material or complete objectives, Chris strengthened his knowledge before moving onto the next class.

“The replays have been super valuable for me. I've probably watched a replay for almost every lesson. It does take some extra effort, but with how much I enjoy XR. It's not really a chore!” 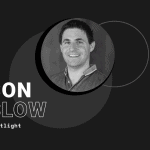 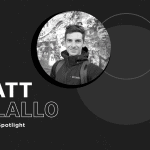