Student Spotlight: Syed Fatir Ali — From Course to XR Job to Own Company

In the latest installment of our Student Spotlight series, we find out how Syed Fatir Ali was inspired to switch careers from manufacturing to VR/AR. We'll see how he eventually landed a job in the industry thanks to the crucial skills he learned while on the Circuit Stream course.

After he graduated as a mechanical engineer from a university in Canada, Syed's first job was in steel construction. Based in Hamilton, Ontario, he worked for a Fortune 150 steel production company Suncor. While he loved aspects of his job and reaped significant financial rewards, Syed quickly realized he was on the wrong path.

“It was a fairly boring engineering job. However, the actual constructing stuff or engineering aspect was fun,” explains Syed.

Before long, he knew what he was supposed to do, as the realities of working in the steel industry were laid bare. Syed identified massive issues with the training procedures, which led to serious injuries during his short stint.

The company wasn’t short on cash, but with employees working 12-14 hour days, so there was often a lack of time to train the workforce. In a field where maintenance and safety should be paramount, this gap in workplace education left too much to chance. Syed witnessed, first-hand, what can happen if you don’t train your people correctly.

He asserts that this is a problem many companies face in the steel industry, stating that “even the behemoths have this issue. If you're trying to do something in a time-crunch, you may find yourself needing more resources or technology that is better at delivering training than a simple safety presentation.”

With his ear to the ground, Syed wondered if advances in VR/AR technology could offer a solution. He felt confident that if the tech was to develop in scale and infrastructure, it could be a game-changer for safety, maintenance, and productivity.

“That's really what got me excited about it,” he beamed.

Passion, Purpose, and the Perfect Platform

Rather than being scared to continue in the steel industry, Syed felt inspired by the safety incidents and felt compelled to find a way to improve the situation.

Syed was involved in a project building a semi-automated plant at the time, which had already stirred his curiosity in emerging technology. Now, he had an idea for a desperately-needed solution. He realized he couldn't ignore the truth any longer—he had to follow his passion.

While leaving a high-paid engineering role at a Fortune 150 company could be seen as a risky move by some, Syed felt confident it was the right decision.

"You should be passionate about what you do. After that, the money will come," he said.
Armed with his ambition of solving the training and safety issues in the steel industry, he just needed a springboard to start his new career path. Initially, he turned to the internet for some self-directed study but struggled to gain traction.

“At the time, it turned out to be fairly challenging to find the right resources. The roadmap wasn't laid out,” he explains.

Then, the answer came to him in March 2019, as somebody gave Syed a tip about Circuit Stream when he was working as the communications chair for the VRARA Toronto. As soon as he checked out the website, he knew he had found the roadmap. With a clear curriculum and the allure of getting to create his own project on his terms, it was an easy decision.

“As soon as I started, I knew it was the right choice,” he recalls.

Developing a Strong Foundation for Success

Before starting the course, Fatir had never touched Unity before, nor did he possess any in-depth programming skills. Aside from some basic MATLAB in school, he was in new territory.

Thankfully, this lack of prior experience or coding ability did not derail his learning and was able to get the support he needed from the Circuit Stream instructors. Indeed, Fatir was instantly impressed with the teaching methods, and he attributes much of his success on the course to his instructor, Usman. 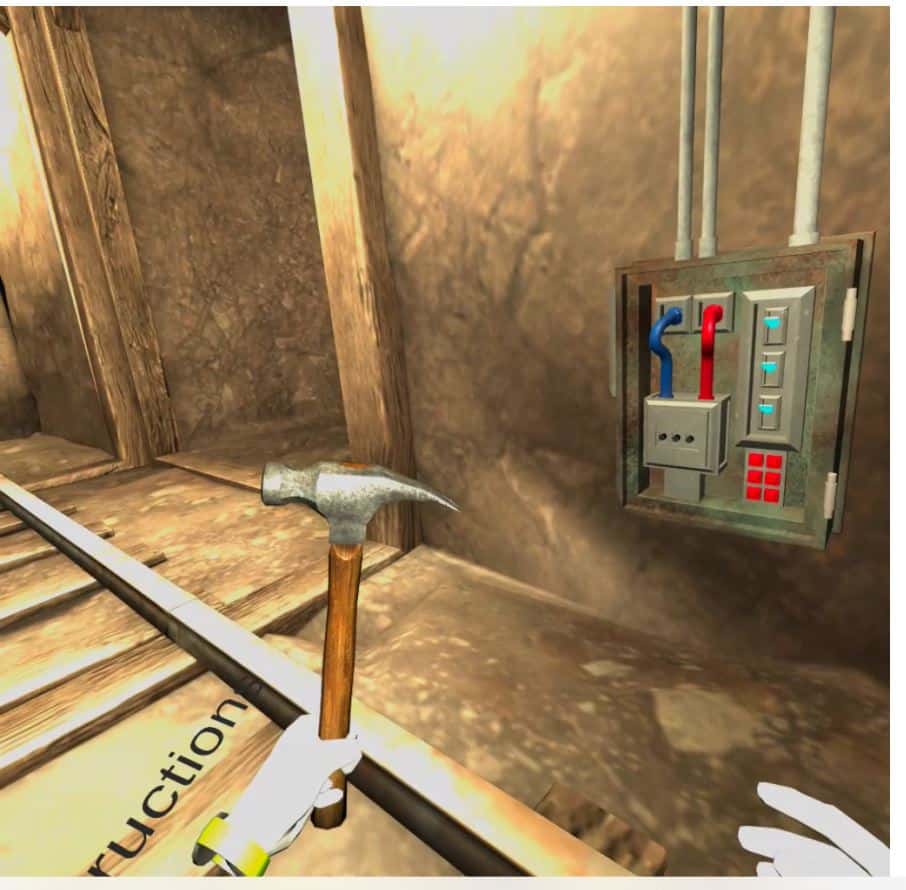 “Everything was done from first principles, and not through analogy. Without knowing anything about coding, I really understood what classes were, and what methods were, right, plus all the basics of Unity. Usman did a really, really good job of making my basics strong,” details Fatir.

By the end of the course, he felt very comfortable, having developed a solid foundation in C# coding.
"My coding skills were non-existent, and they improved a lot. I could ask any question and like never feel judged about whether I was asking the right or the wrong question," he said.

Fatir brought his vision for better workplace safety in the steel industry to his instructor, Richard, and together, they worked on building a crane safety training simulation.

While some students try something small, Fatir wanted to recreate the whole plant from New Core. He planned to focus on the overhead crane, enabling people to use VR training to practice rigging a beam to the crane, then moving the crane through the plant to wherever it needed to go.

When you consider the short timeframe of the course, this concept was ambitious, to say the least, but Fatir was undeterred.

By the end of the course, he managed to create the environment, the crane and even got the complex physics operational with a teleportation mechanism. While the project required more work to finish, doing this much during the course was a commendable feat in itself. 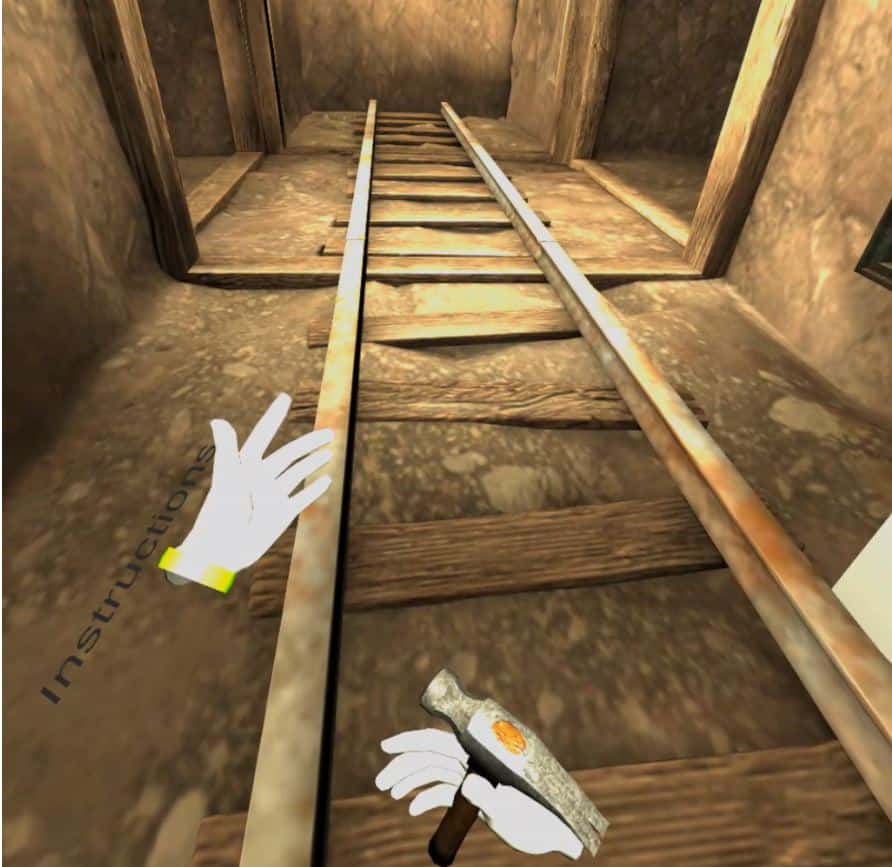 Since the course ended, Fatir admits he hasn't been able to finish the crane project. However, that's because his experience and new skills have led to exciting new opportunities.

After the Course: Leveraging New Skills for Innovative Solutions

While still in the middle of the course, Fatir landed a job with LNG Studios doing VR business development, where he was working on a new safety training simulation until the early months of 2020. Fatir claims the Circuit Stream course was instrumental in helping him secure the job with LNG.

Fatir is adamant that, on any course, the quality of the teaching staff is a major factor that determines the success of it. With that in mind, he is no doubt that Circuit Stream was the best choice.

"Your teacher sets your standard for what you're going to do after your training. Speaking for Usman and Richard - the way they go through their processes, and how they make sure to go at your pace, no matter what your pace is - it was incredible."

Unfortunately, the COVID-19 pandemic cast doubt upon the future of his contract role, but by then, Fatir had set his sights on starting his own business. At that timely junction, he and LNG had a mutual parting.

After the Circuit Stream course, Fatir enrolled in a data science boot camp and began learning more about artificial intelligence. Since then, his company has been granted admission to iBoost, an incubator for Ryerson University. Explaining that the company focuses on soft skills training with speech recognition, Fatir hopes to target enterprises with these technologies.

Fatir believes that having Circuit Stream’s unique learning platform and the dedicated professional support to work on his own project was invaluable, as the instructors make sure you're working on a project right off the bat, and give you every opportunity to apply your skills in practice as soon as you learn the theory.

"In the beginning, I decided to take the course because Circuit Stream had a clear roadmap. Furthermore, it offered a live online class, and also, there was the opportunity to do a hands-on project. Those three things made me realize that this was the company I wanted to partner with—I was not disappointed."

Going on, Fatir has one bit of advice for people interested in getting involved in this industry:
“If you are on the fence about the Circuit Stream course, I would say these guys are great, very professional. They know what they're doing, and the other students are super passionate about VR/AR, which really adds to the experience. I would highly recommend Circuit Stream.”