The XR Development with Unity course from Circuit Stream is a project-based 10-week live online course that is tailor-made to help develop your skills for a career in virtual reality (VR) or augmented reality (AR).

In the latest installment of our Student Spotlight series, we'll hear from Jason Jaslow to see how the Circuit Stream course enabled him to view software development careers in a different light, opening up an exciting new future where he gets to be creative with technology.

Jason Jaslow has a background in computer science, but he had little desire right after college to spend his days stuck in front of a computer, coding all day. With a degree in finance in addition to his computer smarts, he worked in data science and analytics for a few years. He then started a design and printing company, which kept him happy until he discovered the mixed reality space a few years ago.

Jason enjoys practical work, especially when it gives him a chance to create practical business solutions. Therefore, the ability to balance coding with graphical objects, working in Unity was an intriguing prospect to Jason.

When he found out about XR technologies, Jason knew it presented incredible opportunities to integrate coding with visual elements, and it made him curious to find out more.

A Connection to the Mixed Reality Space Led to Circuit Stream

Jason’s wife knew he wanted a change. Luckily, she had a connection that could make things happen. Her former work colleague just so happened to be Kris Kolo from VRARA organization.

After she introduced Jason to Kris, the touch paper was lit, as her husband’s eyes were open to the mixed reality space. However, it was a world away from his days of learning COBOL and designing circuit boards.

While he had a computer science degree, it had been years since he had done any significant coding, and he had never studied any of the recent programming languages, like Python; or C#.
Unsatisfied with the idea of poring over blogs and watching endless videos on YouTube, Jason set out to find a course that allowed him to learn a lot in a short space of time, but with a setup that made learning easier and more interactive.

Circuit Stream ticked all the boxes, as he recalls:

"What I liked about Circuit Stream was that it wasn't just watching videos. It's an interactive one-to-one session where you can ask questions and get answers on the spot. So, that was much more helpful than just sitting watching endless videos online."

With his time away from computing, there was a learning curve ahead. Unity was a whole new environment that Jason was not familiar with, having never encountered it at all.

"Before I took your class, I actually found another class. It was a $20 class, and it used ARAF technology, but it was not nearly as sophisticated or as polished as Unity. I never heard of Unity until I started on the Circuit Stream course!"

Jason could easily have been overwhelmed with the advanced tools and complex programming languages, as well as the vast array of buttons and features of Unity. Thankfully, the interactive style of Circuit Stream’s teaching made it easier for him to pick things up.

In his first app, Jason created an augmented reality game called RollARball, where users would roll a ball around a virtual track, avoiding obstacles in the real world environment. By design, he wanted the ball to be able to fall off the track, which meant he needed to experiment with Blender to modify the mesh geometry.

“I had never used Blender before,” he explains, “but since I had a background in graphics, I was able to work on that with some familiarity. So it's not just coding -- it's coding and graphics manipulation.”

While the game development was a fun challenge, it was not the only avenue for Jason’s new skillset.

Through his print and design business; he was aware that people often struggled to pick the right size of pictures; that fit their space and then deliberated a lot during their shopping experience before abandoning their cart. So, in the course, he created a simple app that helped people visualize the correct size of pictures to buy for their home or office environment — SnapSizAR. 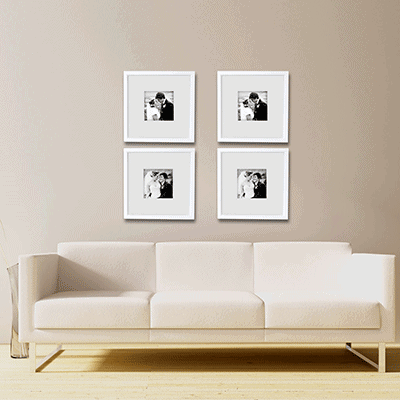 It was a simple concept, but it proved challenging to bring into reality -- or augmented reality.

"A blank wall is not that easy for a phone without a depth sensor to see -- AR Core ignored it! So, in the end, I had to use a mid-air placement using Vuforia."

While this was not the intended use of this tool, this innovative approach allowed Jason to make his app work. Better yet, he was able to sell it!

The Future: Uncertain for now but full of opportunity

Over the past two years, Jason toyed with augmented reality in his spare time, but he wasn’t able to fully commit until he sold his business. In January 2020, after a long transition out of the company, he was finally done. After some time on vacation to celebrate, Jason returned with renewed focus to study more mixed reality technology.

As with all developer who continually improved themselves, Jason is still studying, and working on a few new apps; in addition to the RollARball and SnapSizAR projects.

"I'm creating an escape room game in augmented reality where I put items in your home as clues, and then you interact with them and ultimately escape the room," he explains. "That seems to be something people might like to do during the stay-at-home pandemic!"

Check the Escape Room progress demo below. Jason's GitHub repo is at: https://github.com/jjaslow

With an actor and voice artist friend to help guide the script and video work, Jason is having fun and continuing to develop his skills in AR.

“I have a couple of ideas for AR companies, or I may just get a job in this space. I haven't quite decided what I'm going to do yet but I'm open to all opportunities. Feel free to check out emergereality.com to see what I'm working on now. I'm excited to see what happens next!”

Jason was looking for some resources to refresh his skills, and he realized the need for an accelerated course, so he set out to find something pretty intensive.

The structure of the course also sets students up for success, as Jason recalls:
"What I liked about it was that it's a two-part class. You have the part where you learn, which covers the fundamentals, and then there are the one-to-one sessions where you actually develop your app."

“This was much more practical and helpful to me than just learning terminology and libraries,” he said.

Ultimately, he believes that the course may seem like a lot of money to some people, but it is a worthwhile investment, as it’s “definitely going to give you a leg up” when you are able to talk to people during the course and learn more as you go.