Similar to many other course participants, Nicholas Armstrong came to Circuit Stream armed with a strong passion for virtual reality, minimal previous dev experience and a strong desire to build something great.

From Designer to Developer

With a background working across ten different high end fashion stores, Nicholas transitioned to freelance design at an architecture firm with a goal to “go back to my tech roots and be a nerd again.” While sitting with his company’s senior executives, Nicholas suggested complementing their 3D building renderings with Virtual Reality. Nicholas figured “adding a VR element is another way to immerse the client in what they’re paying for.”

Despite not having much familiarity with VR, his company quickly agreed and asked Nicholas to find VR development training. When both his mom and company contact recommended the same company, Nicholas decided to sign up. Nicholas recalls that he “had a great introductory workshop with Jason Campbell from Circuit Stream, probably one of my favorite instructors.” Immediately following the workshop he wondered if there were other Circuit Stream offerings, saying “sign me up, I’m so into it!” Fortunately, Circuit Stream's 10-week course was exactly what Nicholas was seeking.

“A gamer at heart”

A self-proclaimed gamer, Nicholas decided for his first VR project he’d focus on building a tutorial to interface with his company’s 3D renderings. A tutorial demonstrating how to interact with the virtual environment would be useful for his clients who aren’t quite as familiar with VR.

Through building the tutorial during his classes and 1-on-1 mentorship sessions, Nicholas has an increased appreciation for the games he loves. When he learned how to make an object shoot, he excitedly explained “I do that when I’m playing FPS games all the time!”

When his client first demoed Nicholas’ application, he proclaimed “This is it, this is exactly what we build!”

With the functionality already in place, Nicholas’ client interacts with the 3D architectural renderings, enabling actions like modifying walls and viewing electrical work. Nicholas and his client are excited for the more robust virtual experience, hopeful it will make happier customers and ultimately lead to improved buildings and structures.

Of course, this virtual architectural experience didn’t happen on its own. Nicholas says his routine includes the weekly virtual class, his 1-on-1 session, and a few hours working independently. Attributing his success to

While friends provide Nicholas critical feedback, he appreciates that Jason sits with him to work through and internalize problems instead of simply pasting in the correct code. Though Nicholas doesn’t have quite the development experience of some of the others in his class, his 1-on-1 sessions with Jason have been helpful for reviewing important concepts to ensure he stays on track. Jason has been especially invaluable for helping Nicholas get unstuck saying,

“in three minutes he fixes what took me two hours.”

Despite some minor hiccups, Nicholas says he’s “able to measure whether he’s on the right path” based on if he’s able to answer other people’s questions instead of going to instructor, something he finds truly rewarding.

The overall VR community has also been a huge help for Nicholas. Unlike traditional gaming communities “where people are opinionated and rude,” Nicholas finds the the Unity and Steam communities “much more open and into sharing.” Further, Nicholas has developed a close group of friends from his initial introductory workshop, proclaiming Circuit Stream as “my own virtual reality network.”

Nicholas describes virtual reality as “kind of like you’re playing the Sims,” especially with the ability to “be in virtual rooms across the world" and “as VR gets better, more people will use it...eventually there will be meetings in VR.” Further down the road, Nicholas envisions VR as the “future of gaming, the future of human interaction. It’s the closest thing we’re going to have to plugging into the matrix.”

Whether you’re interested in learning to create an application used by your company, or publish one of your own ideas, check out the 10-week VR Development with Unity course. In the meantime, feel free to contact us anytime with questions. 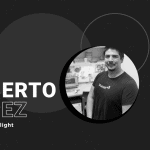 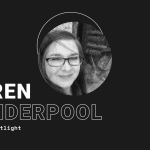