Virtual reality and immersive technology are no longer the stuff of science fiction. XR is now front and center in our everyday lives thanks to ever-improving technological innovations.

Designers, developers, and artists use AR/VR tools to create immersive products and experiences. 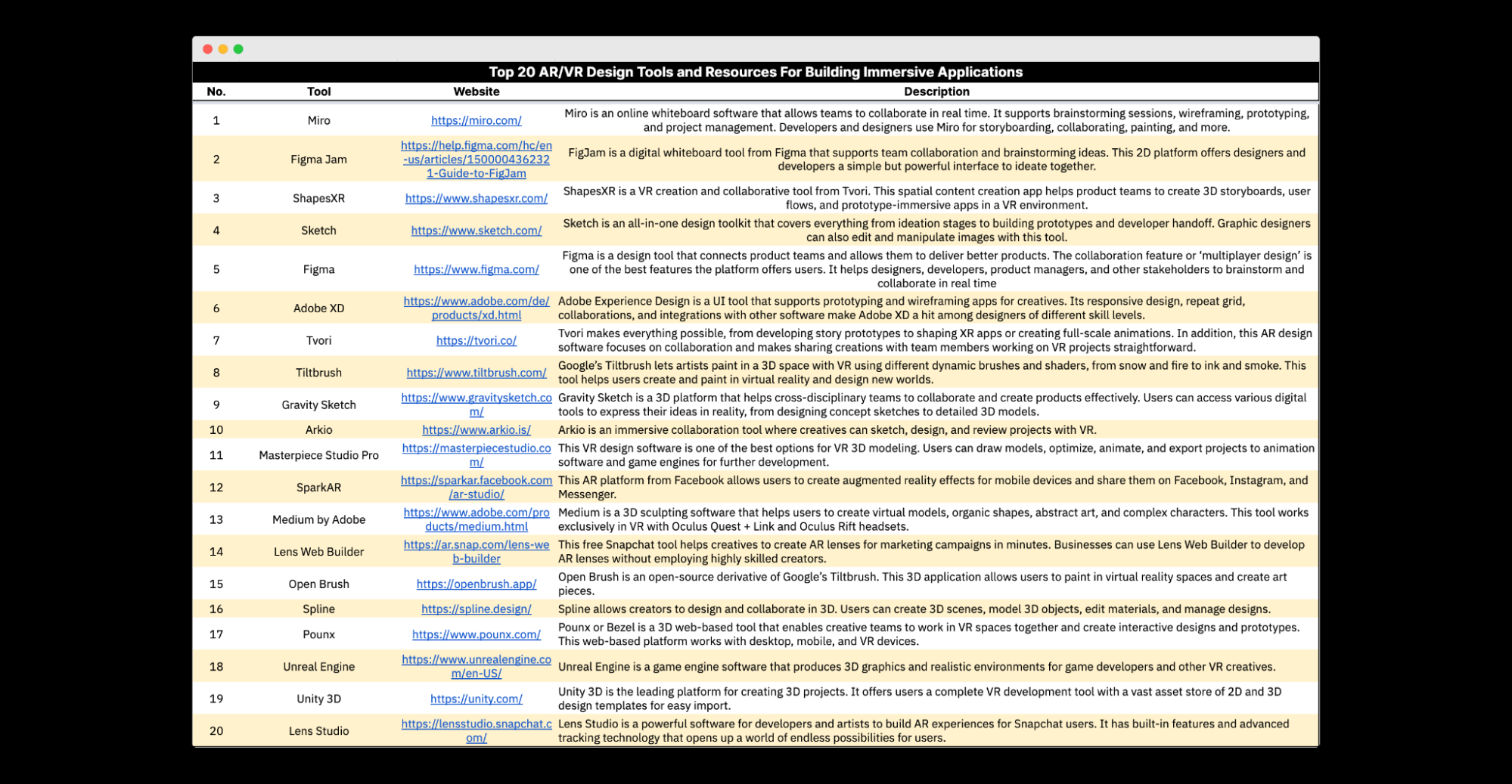 Access the table of all Top 20 XR Design Tools for UX and UI. Originally gathered by Simon Frübis and Daniel Marqusee.

The Importance of XR Design

XR creates a fully immersive experience with fantastic benefits in different business sectors. For example, it enhances customer engagement by showing users all the possibilities of a product and improves collaboration and communication between teams.

And thanks to specialized metrics like biofeedback, eye-tracking, heart rate monitoring, and more, businesses can enhance their data analysis game.

As a result, XR design ensures brands create intuitive products that foster positive user experiences. In addition, it allows companies to deliver immersive content that will establish better emotional connections with their consumers.

You can explore these tips on XR design if you’re still finding your way.

XR systems promote better team collaborations which leads to faster product development cycles. In addition, XR tools enhance work processes, from testing new design simulations to low fidelity prototyping at a scale. Getting feedback from human-centric design fast is an absolute necessity when it comes to designing for XR (AR, VR, and MR).

XR tools increase developers’ efficiency and agency in their work environments and foster a positive user experience. As a result, it helps creatives to build better products by experiencing the outcomes first-hand.

A Complete List of 20 Most Popular Tools Among XR Designers 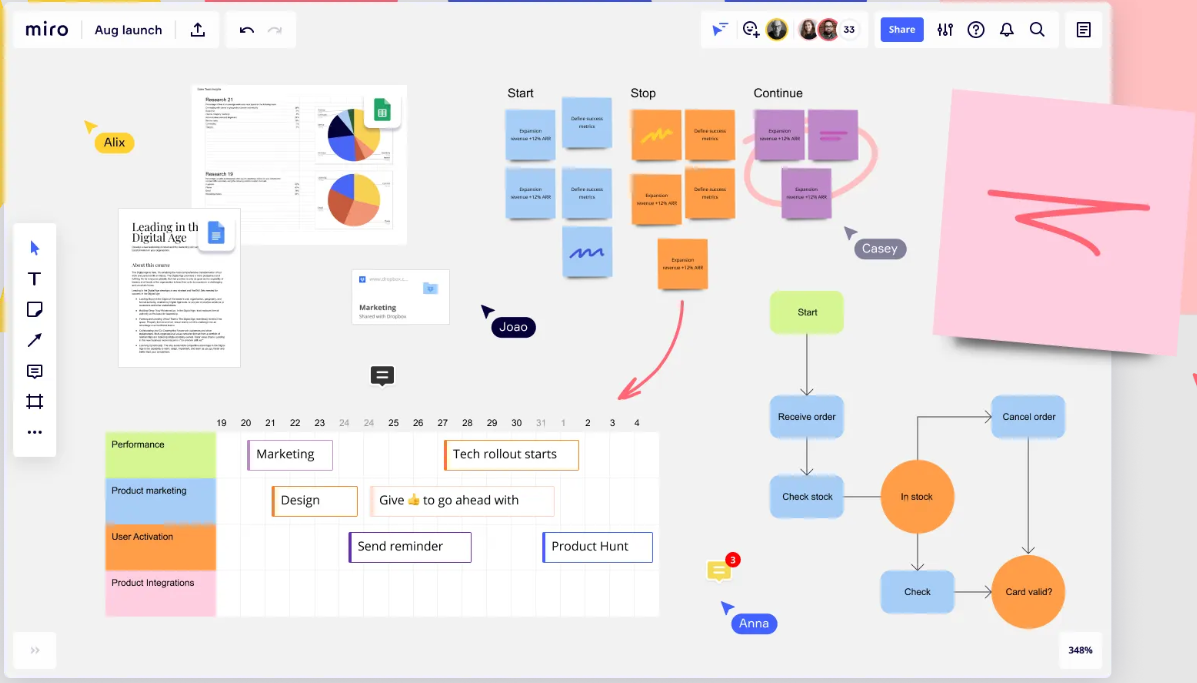 Miro is an online whiteboard software that allows teams to collaborate in real time. It supports brainstorming sessions, wireframing, prototyping, and project management. Developers and designers use Miro for storyboarding, collaborating, painting, and more.

The platform has a free plan with three editable boards and paid plans from $8/month with unlimited boards.

FigJam is a digital whiteboard tool from Figma that supports team collaboration and brainstorming ideas. This 2D platform offers designers and developers a simple but powerful interface to ideate together.

Users can jot down quick thoughts, annotate screens, react to questions with stickers, stamps, or emotes, or upvote ideas. FigJam also supports seamless copying and pasting from Figma, allowing every project to stay in one place. 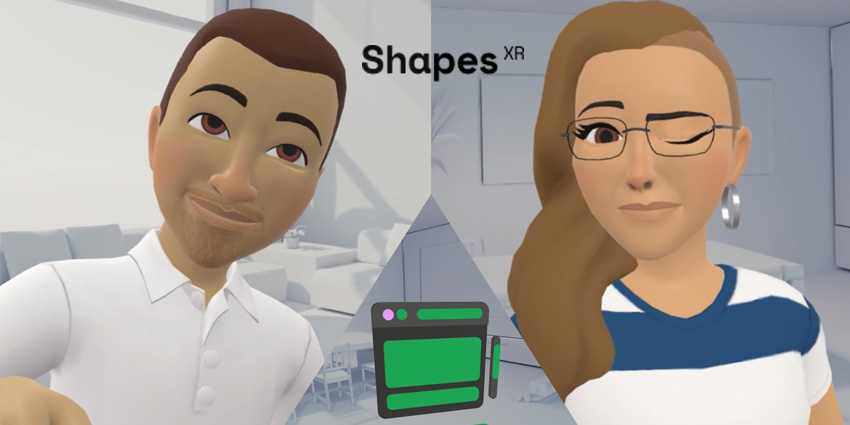 Users can create content with ShapesXR templates or upload their 3D models in .obj format to the application. 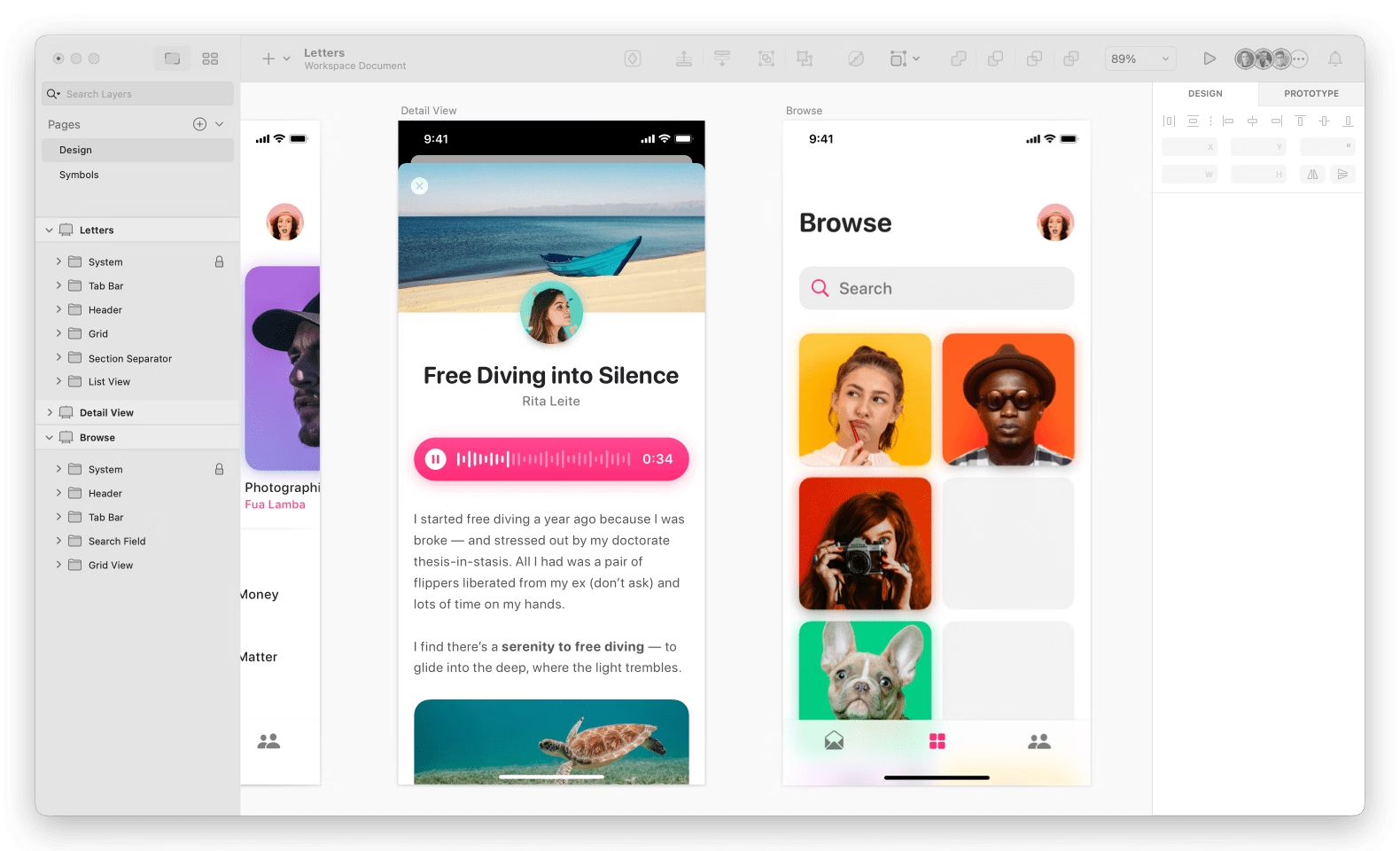 Sketch is an all-in-one design toolkit that covers everything from ideation stages to building prototypes and developer handoff. Graphic designers can also edit and manipulate images with this tool.

Unlike other UI design tools, Sketch is only compatible with macOS and costs $9/month/editor. 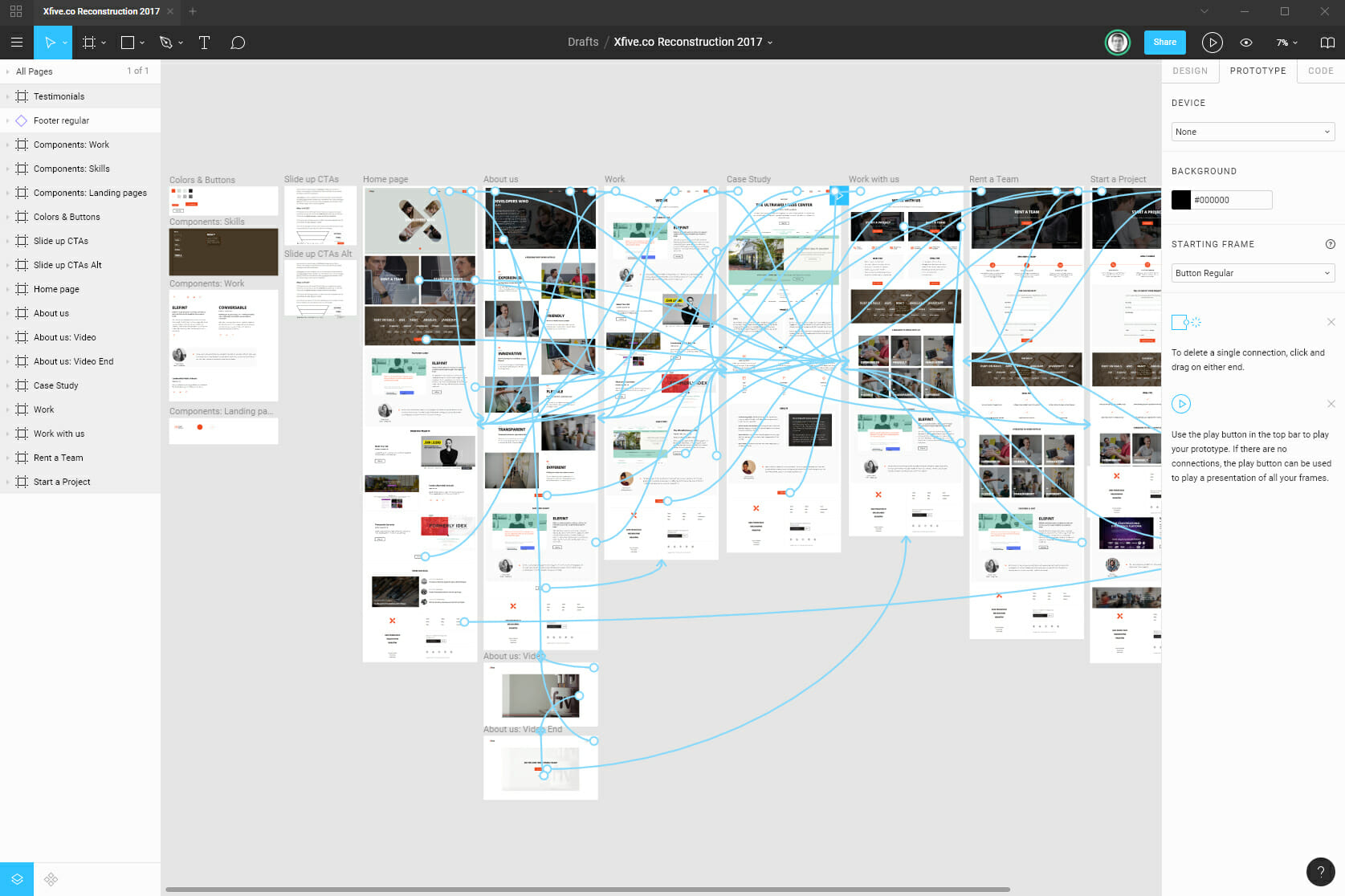 Figma is a design tool that connects product teams and allows them to deliver better products. The collaboration feature or ‘multiplayer design’ is one of the best features the platform offers users. It helps designers, developers, product managers, and other stakeholders to brainstorm and collaborate in real time.

Besides accessibility and collaboration, this web-based tool excels in prototyping, testing, iteration, and smooth handoffs to developers.

Adobe Experience Design is a UI tool that supports prototyping tools and wireframing tools and apps for creatives. Its responsive design, repeat grid, collaborations, and integrations with other software make Adobe XD a hit among designers of different skill levels. 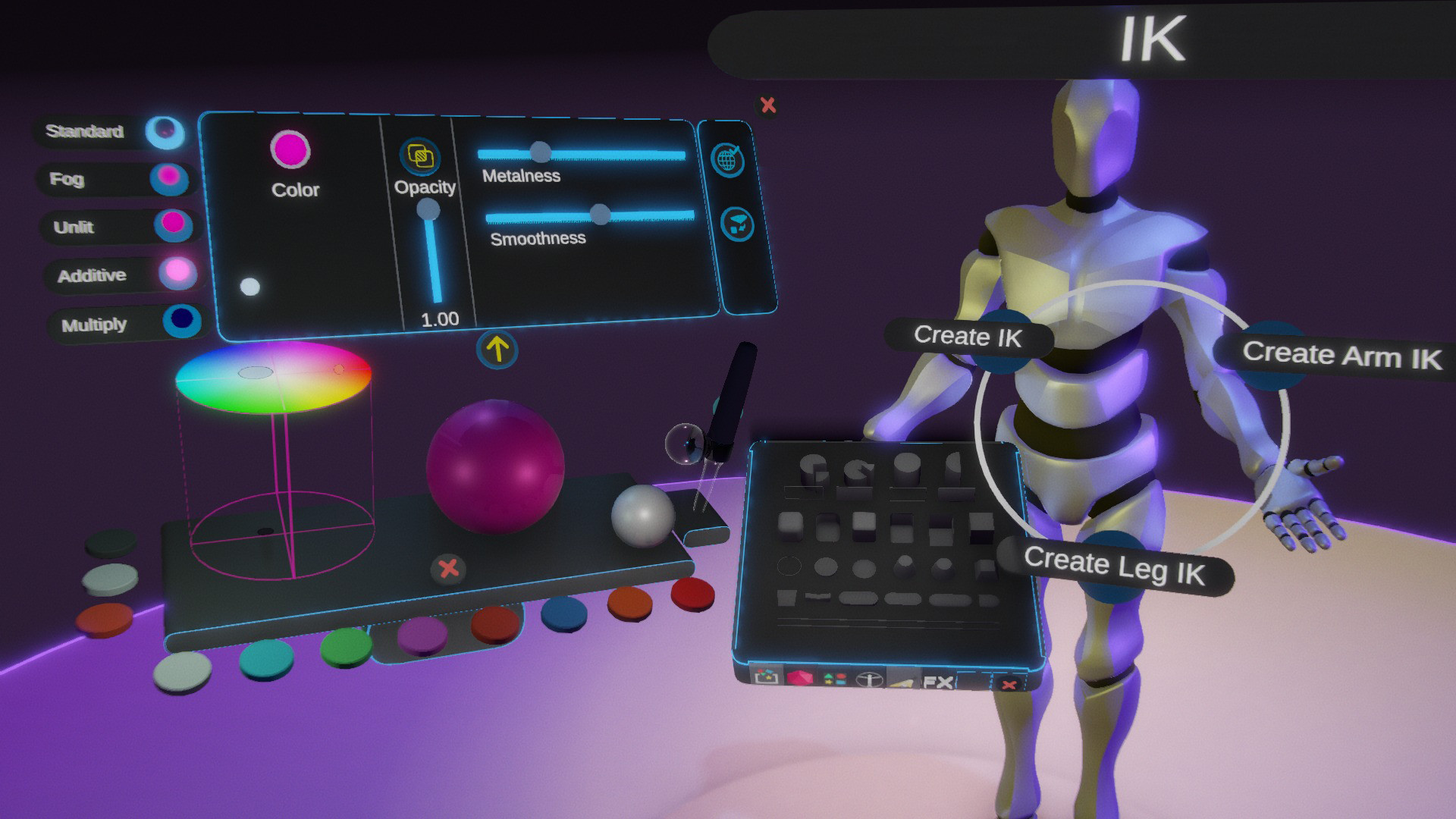 Users can explore its extensive library of props, simple shapes, and effects to add to their projects. They can also import 3D models, videos, sounds, and images to their prototypes. 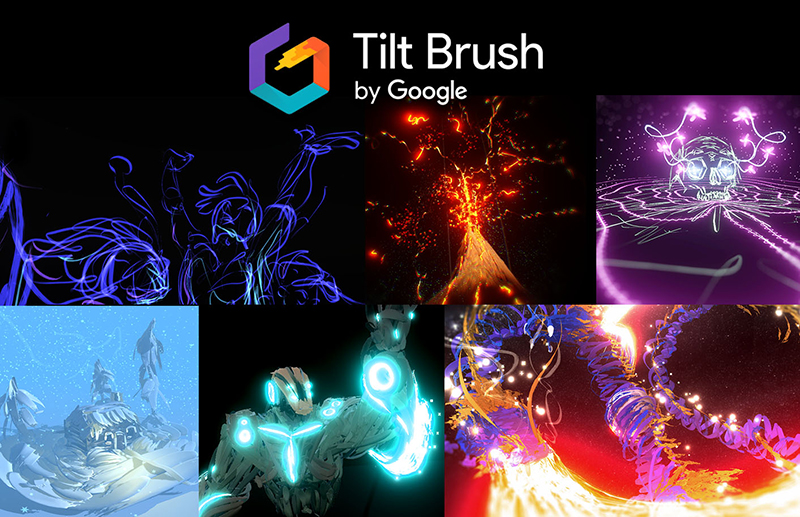 Google’s Tiltbrush lets artists paint in a 3D space with VR using different dynamic brushes and shaders, from snow and fire to ink and smoke. This tool helps users create and paint in virtual reality and design new worlds.

Users can create interactive designs and experience an all-inclusive virtual palette with VR headsets. Tiltbrush also offers a range of open-source libraries for designers and developers to unlock new functionalities. 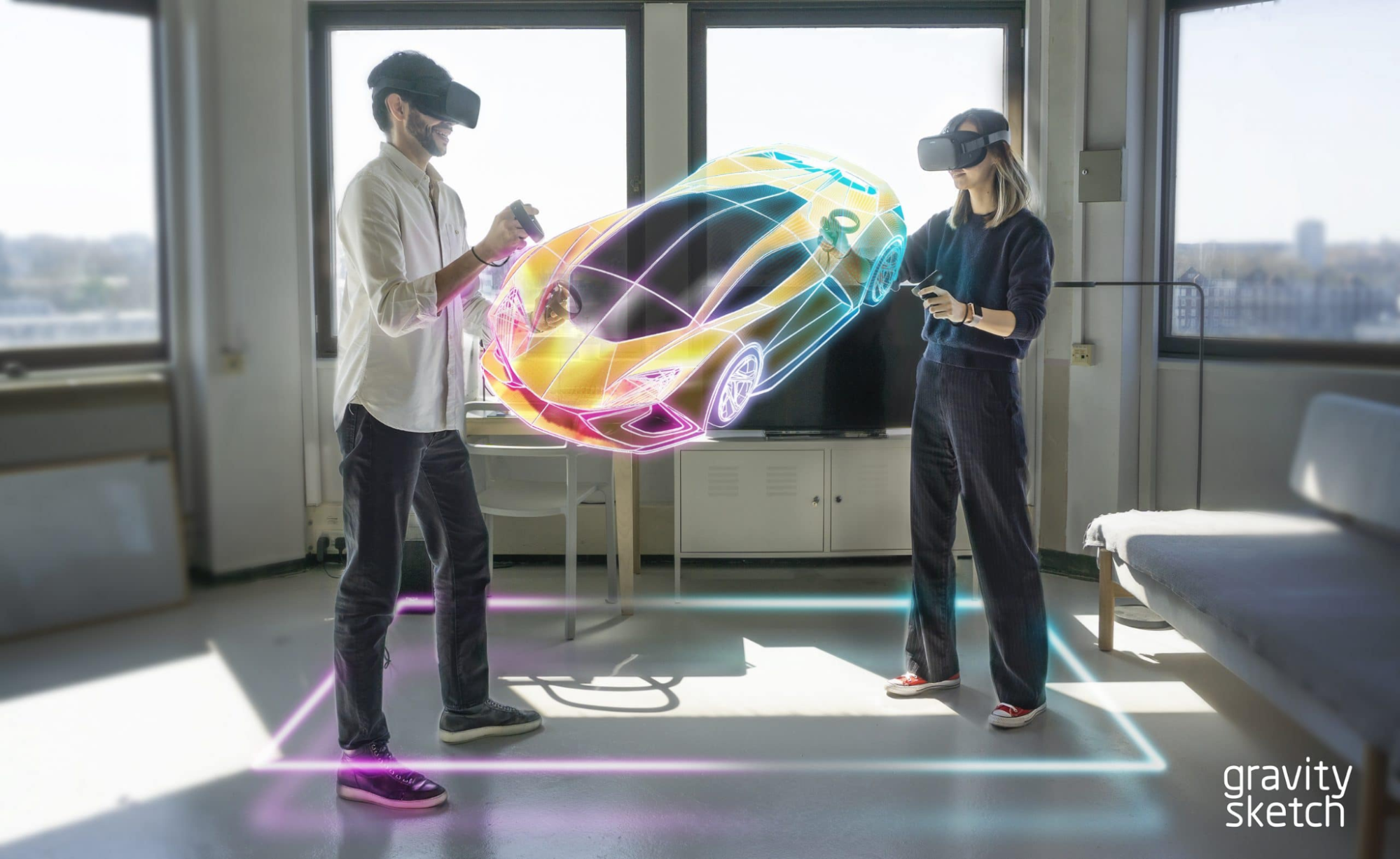 Gravity Sketch is a 3D platform that helps cross-disciplinary teams to collaborate and create products effectively. Users can access various digital tools to express their ideas in reality, from designing concept sketches to detailed 3D models.

Initially a sculpting tool for the auto and shoe industry, Gravity Sketch became one of the best platforms for VR design. Now, designers from different sectors can visualize ideas in 3D and turn them into 3D models. 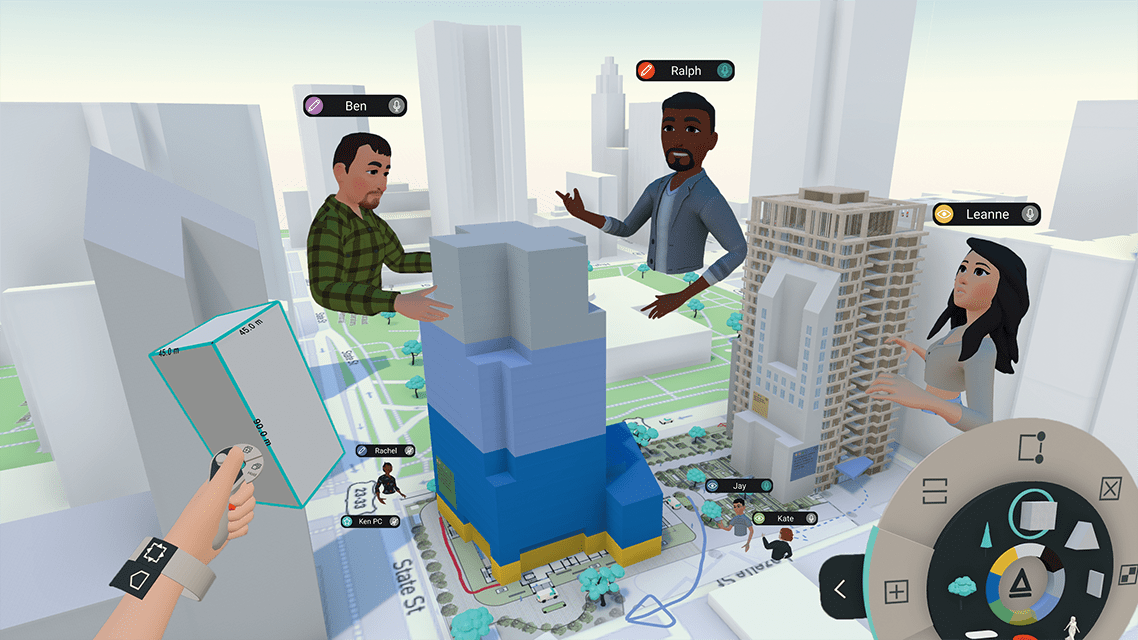 Arkio is an immersive real-time collaboration tool where creatives can sketch, design, and review projects with VR.

While Arkio supports desktop versions, you need an Oculus Quest 2 to enjoy the immersive experience. 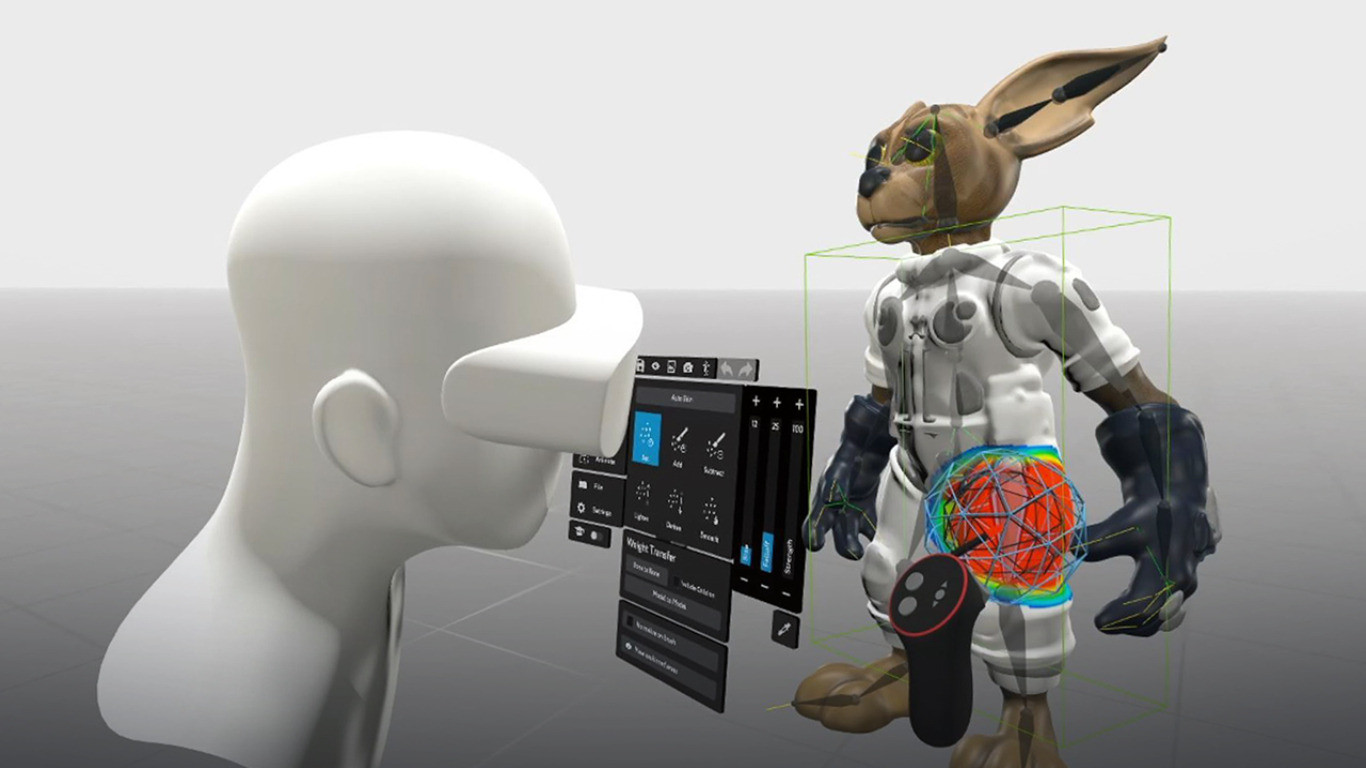 This VR design software is one of the best options for VR 3D modeling. Users can draw models, optimize, animate, and export projects to animation software and game engines for further development.

The software boasts advanced auto-rigger and auto-skin functions, mesh processing tools, kitbashing, retopology, and other features that help users to create models in one click. 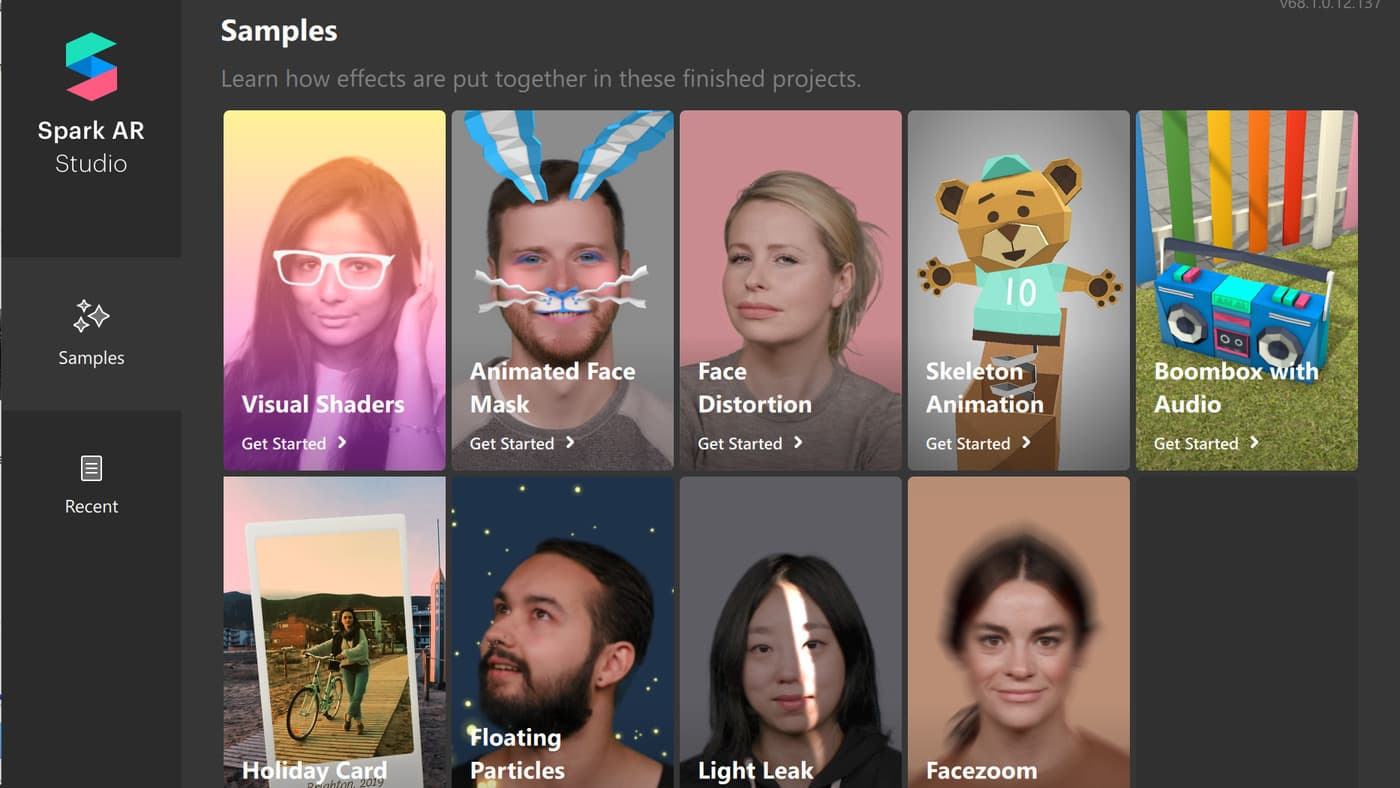 Many brands use this AR tool for marketing and advertising purposes. 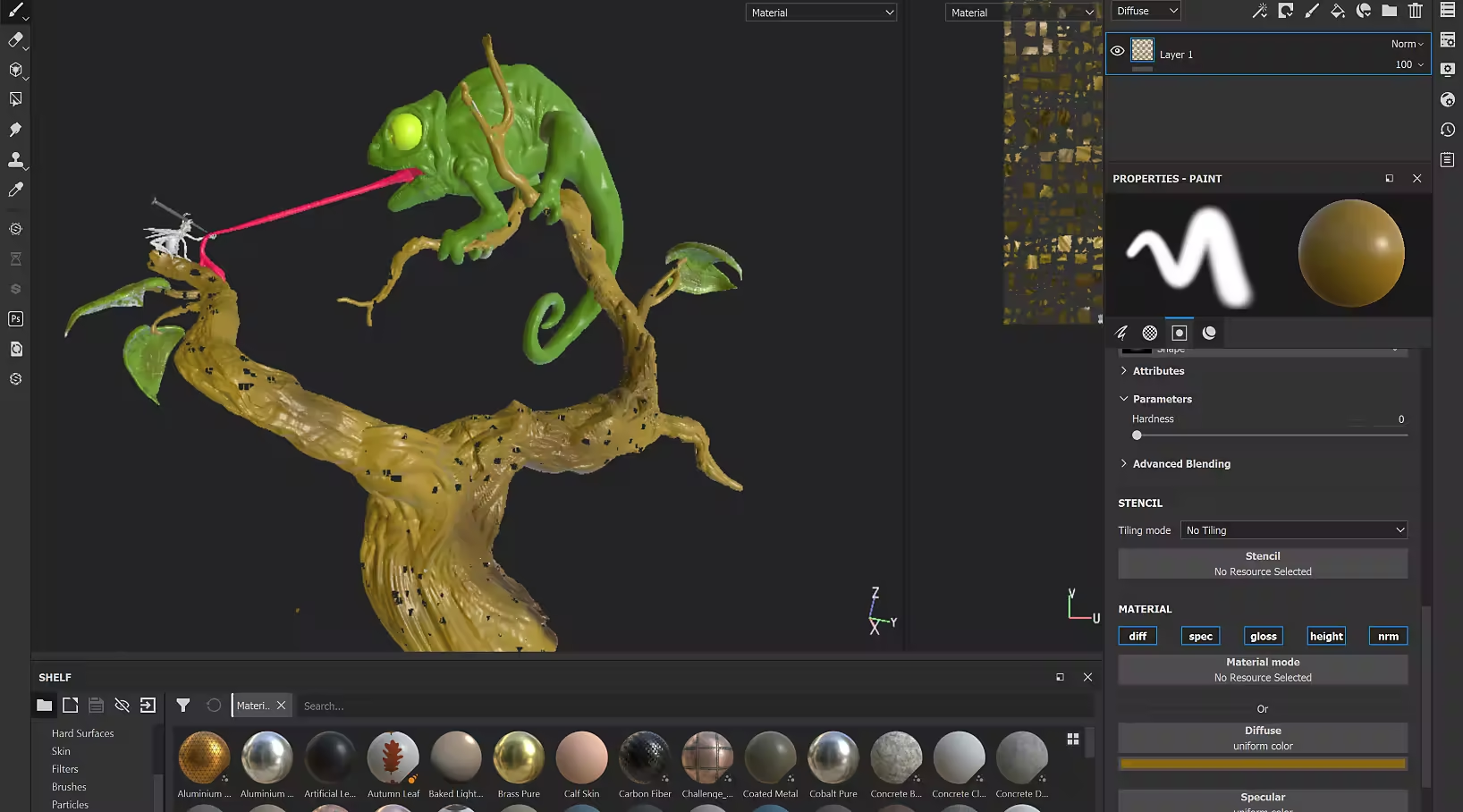 Users can explore new ideas, sketch ideas out of thin air, and reshape models without remeshing their work. Thanks to Medium’s ease of use, beginners and pros can utilize this software. 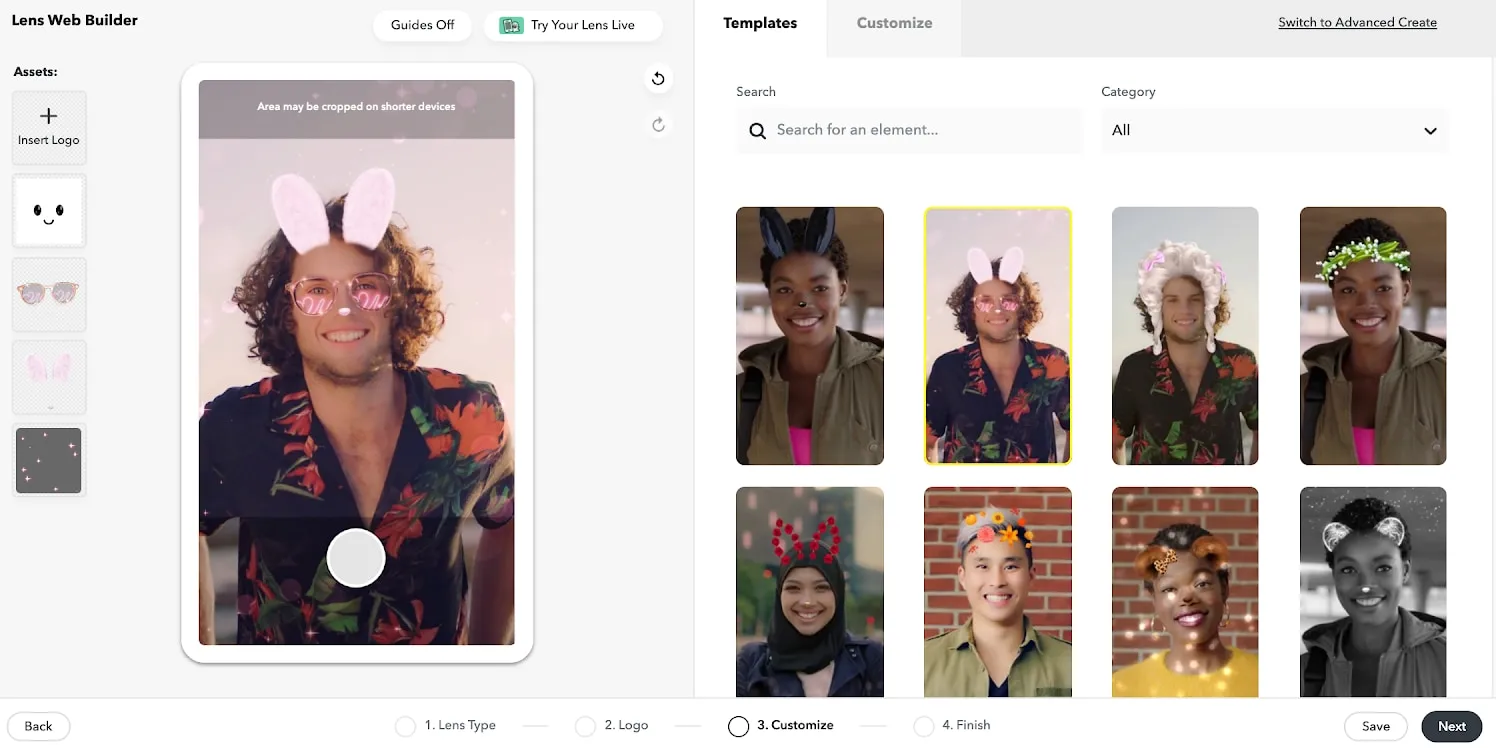 The platform offers hundreds of templates and a library of 3D objects and animations to help users create custom AR lenses. They can also upload 2D assets, such as images and logos, to customize the augmented reality experience. 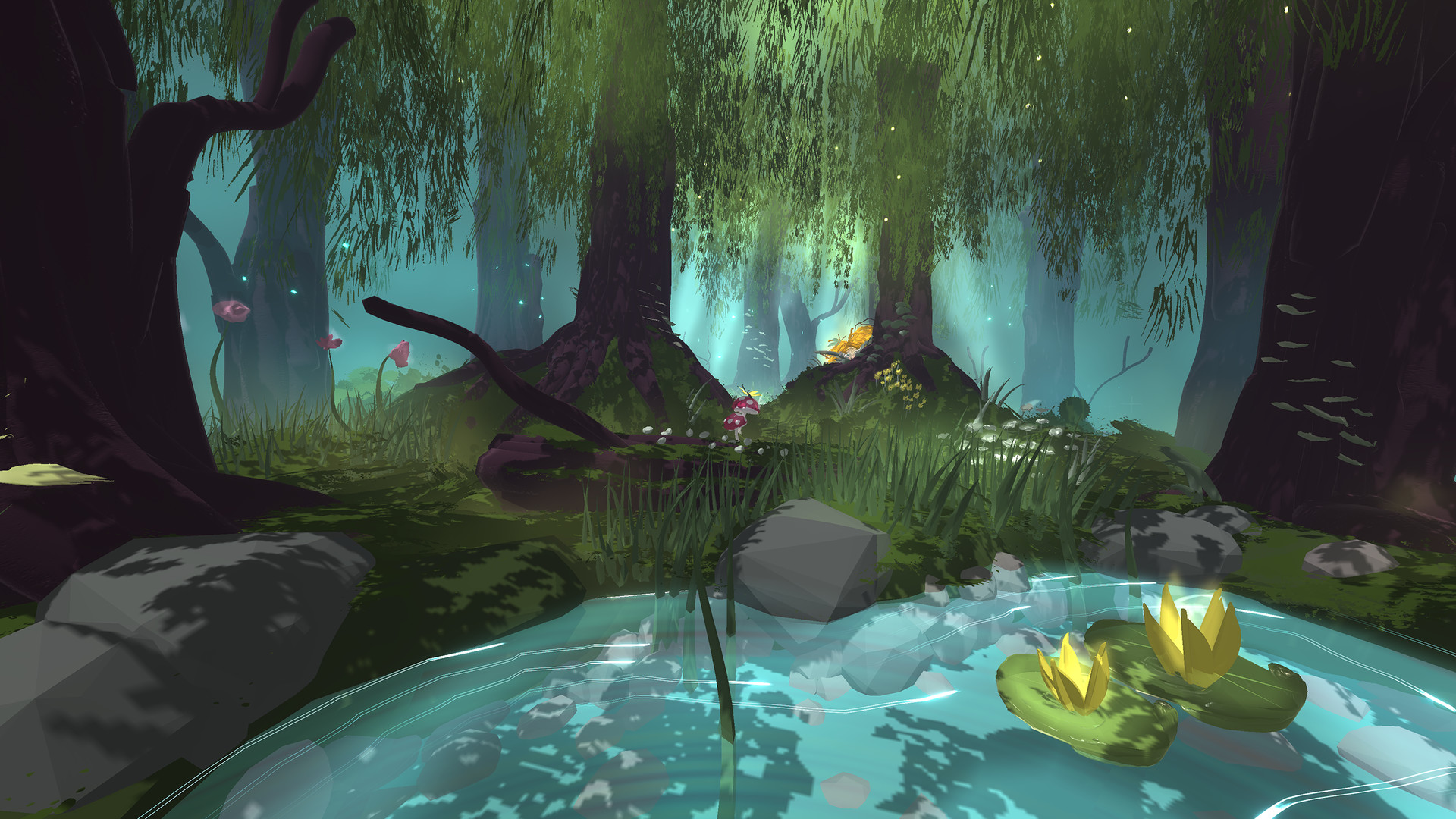 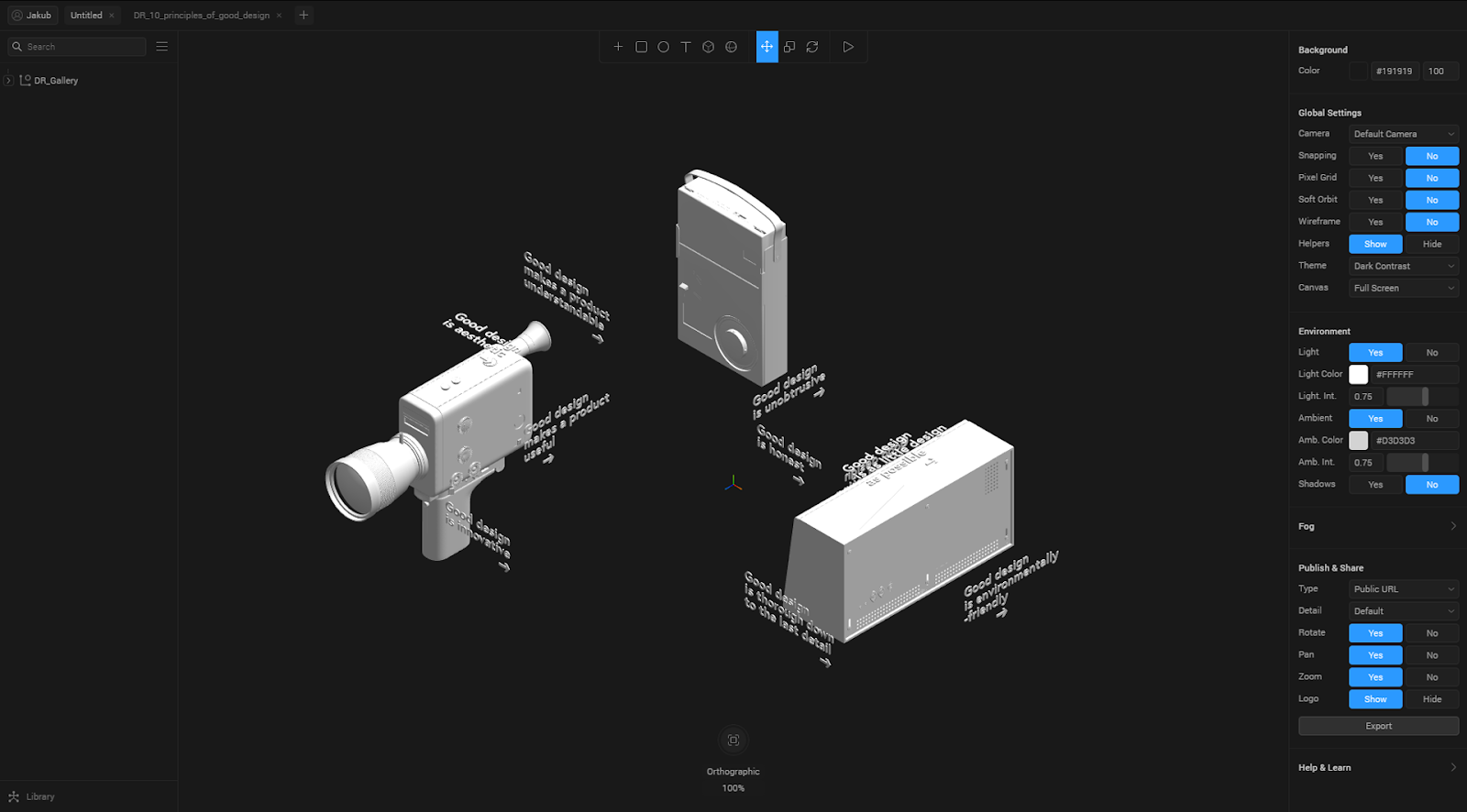 Spline has a designer-friendly layout and supports speed and simplicity. For example, designers can showcase their work using WebGL. 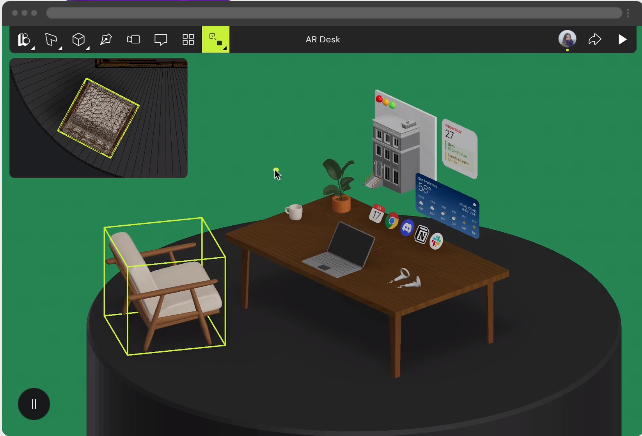 Pounx or Bezel is a 3D web-based tool that enables creative teams to work in VR spaces together and create interactive designs and prototypes. This web-based platform works with desktop, mobile, and VR devices.

Users need to join a waitlist since the software is still in its beta stage. 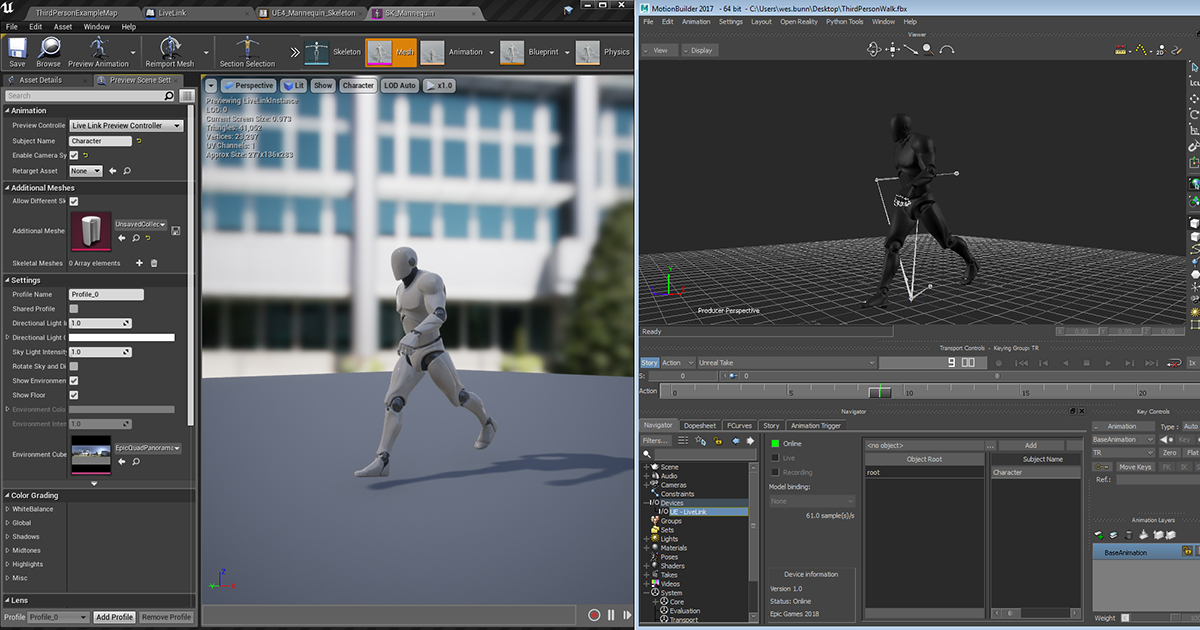 Unreal Engine is a game engine software that produces 3D graphics and realistic environments for game developers and other VR creatives. It also works for architectural and automotive visualization, training and simulation, linear films and TV content creation, and other applications.

This game engine helps developers to control light and render high-resolution objects in real time. It provides diverse assets and a scalable environment for developers to produce realistic visuals. 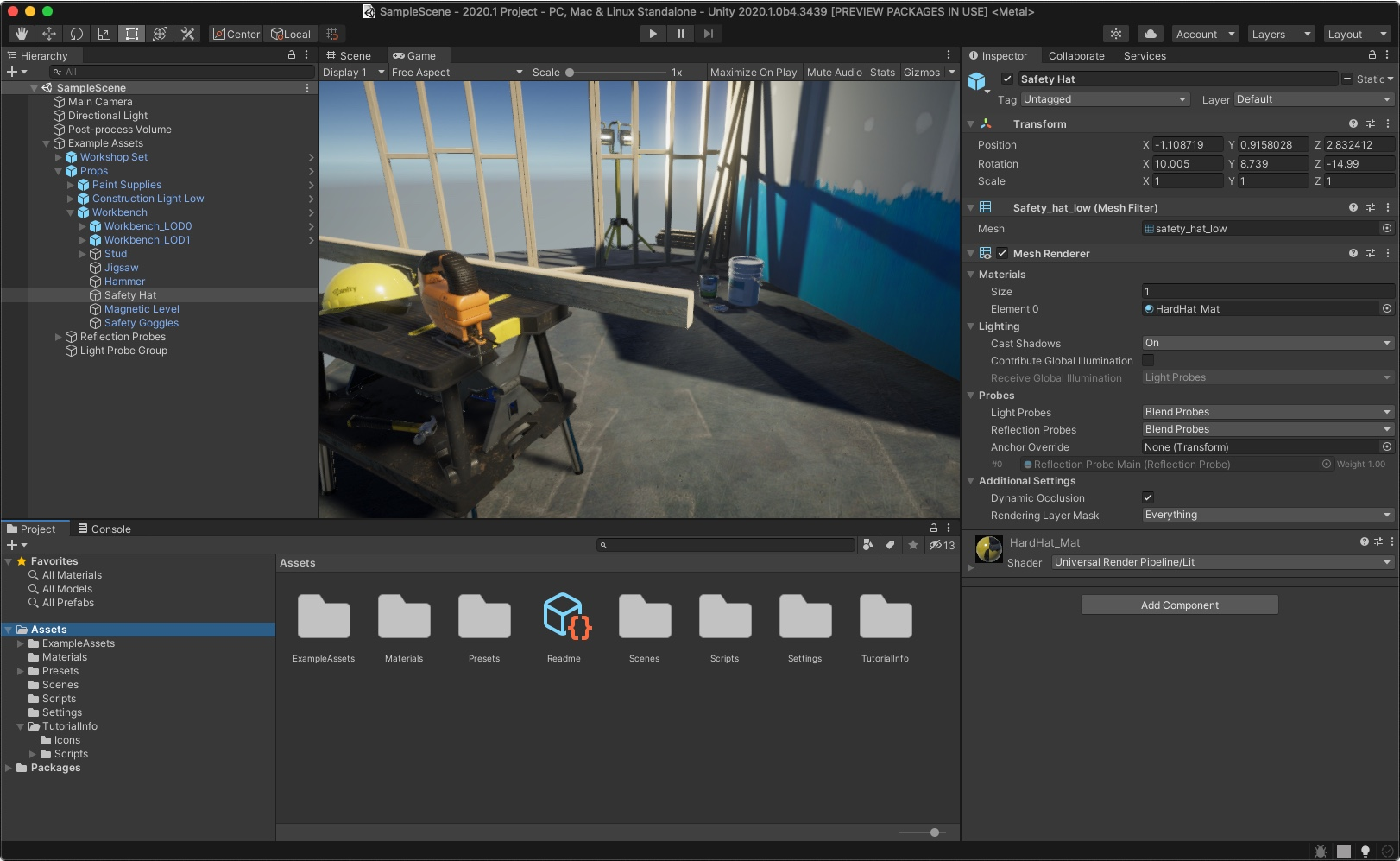 Unity 3D is the leading platform for creating 3D projects. It offers users a complete VR development tool with a vast asset store of 2D and 3D design templates for easy import.

With its high-optimization rendering pipeline, spatial audio, stereo instancing, and rapid iteration abilities, it’s no wonder Unity is one of the best 3D development platforms. Developers and designers love Unity because it allows it to be expanded to their needs with numerous different plugins and extensions (APKs and SDKs).

Creatives use the software to design games and create 3D solutions for gaming, animation, automotive, transportation, and manufacturing industries. 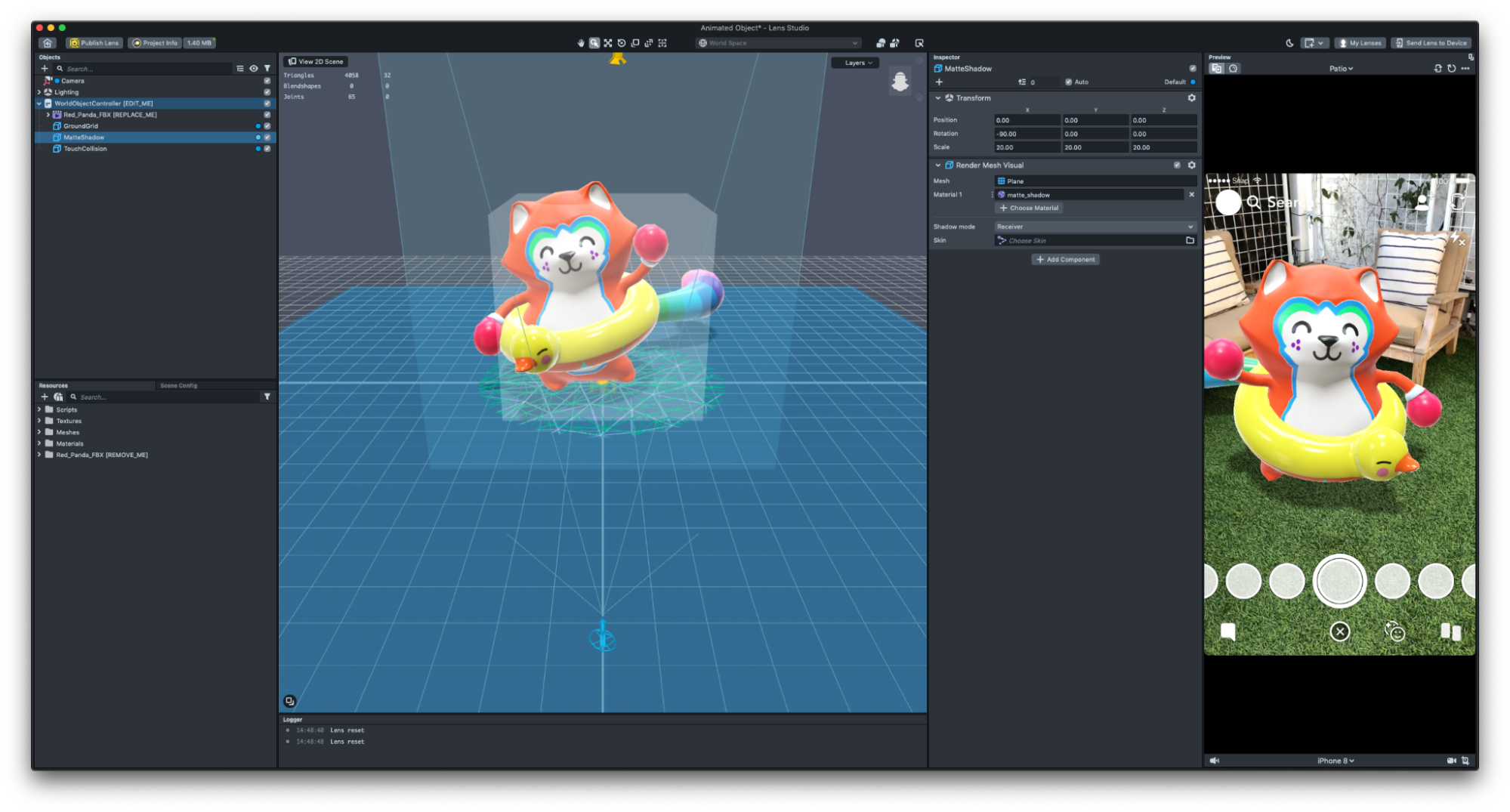 Lens Studio is a powerful software for developers and artists to build AR experiences for Snapchat users. It has built-in features and advanced tracking technology that opens up a world of endless possibilities for users.

Professionals can build interactive experiences without writing code. And thanks to machine learning models, users can make the lenses more intelligent.

Build Immersive Applications with These Tools

AR and VR have revolutionized how users interact with brands and applications by creating immersive and unique experiences. As a result, these design tools listed here are crucial for developing effective customer experiences for any business.

Explore our XR course to learn everything you can about AR and VR. Download our 10-week Interaction Design and Prototyping syllabus today.