Virtual reality applications are taking our world by a storm.

But whether you want to play the latest VR games or make a living developing applications for VR and AR, you need a powerful enough computer or a laptop.

Why should your computer be powerful? Because it does all the heavy-lifting: processing and rendering.

But not every computer is up to a task. If you want your virtual reality apps to run smoothly you'll want an above average station.

But fear not, there are still affordable options on the market that fit minimum requirements.

In this guide we’ll help you to check whether your computer is powerful enough to run VR applications on any high-end headsets, or whether you need an upgrade to any of its components.

We’ll also share the latest computer builds for every price segment so that you could purchase or build a VR-ready computer from scratch.

Can I Run VR on my PC or Laptop? 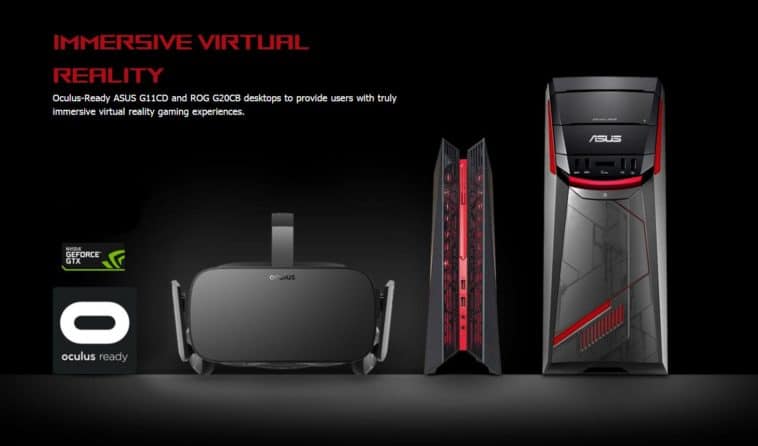 There are three main components that determine whether a computer is VR-ready: processor (CPU), graphic video card (GPU), and random access memory (RAM). Let’s walk through each one of them.

The demands on GPU are particularly high because it has to render two displays to create VR experience, one for each of your eyes. Add to that a much higher render resolution for VR apps and you’ll get the idea why an average graphic processor may not be enough.

We recommend purchasing at least a minimum recommended GPU to ensure consistent 90+ FPS rate. Cheaper GPU might handle VR apps, but the lower FPS may cause nausea.

Generally, most of the processor with four ore more processors (Quad Core) are recommended for enough computational power. Below are the minimum CPU requirements for the majority of VR headsets including HTC, Oculus, and Valve.

The majority of VR headsets require at least 8 GB of RAM. The only exception is HTC Vive Pro and HTC Vive Pro Eye that can run with just 4 GB. HTC Vive Cosmos also requires 8 GB+ RAM.

How To Easily Check If Your Current PC Is VR-Ready

Instead of relying on writing performance statistic, use a software test to determine whether your system is powerful enough. Download and use SteamVR Performance Test from the Steam store. The tool will automatically measure your system’s rendering powers using a 2-minute VR demo. 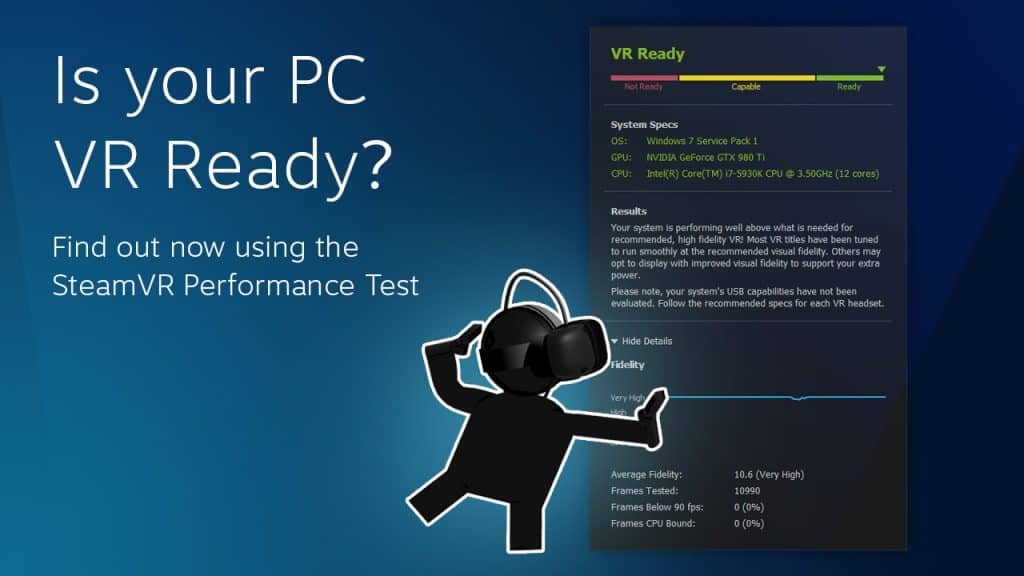 With this tool you can easily determine whether your PC is capable of running VR smoothly at 90 FPS or whether any upgrades are necessary to your GPU, CPU, or both.

SteamVR Performance Test will identify your hardware and return a score based graph. This way you will know whether your desktop is good enough or whether you need to upgrade or even replace your computer system. 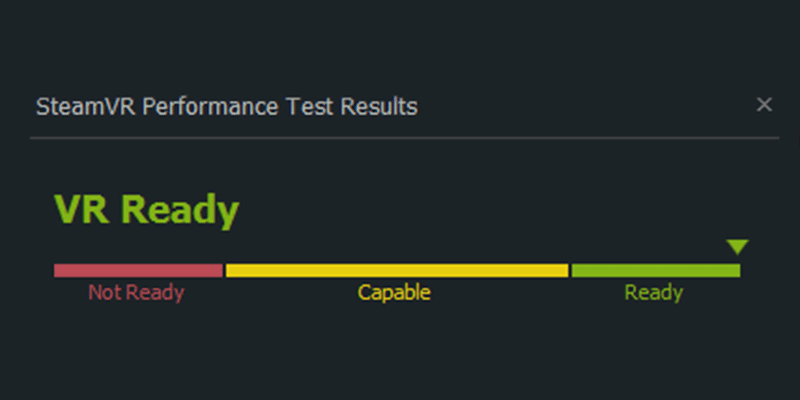 System requirements for computers to support high-end VR headsets are more or less the same. The difference usually comes down to RAM requirements and m in some cases, interfaces for US.

Below are system requirements for every VR headset from official developer websites. 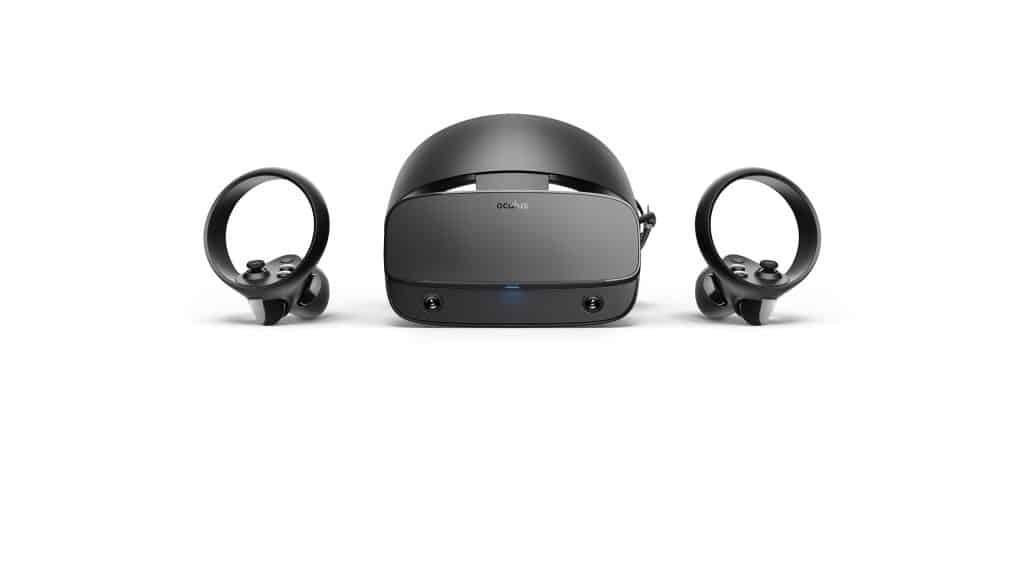 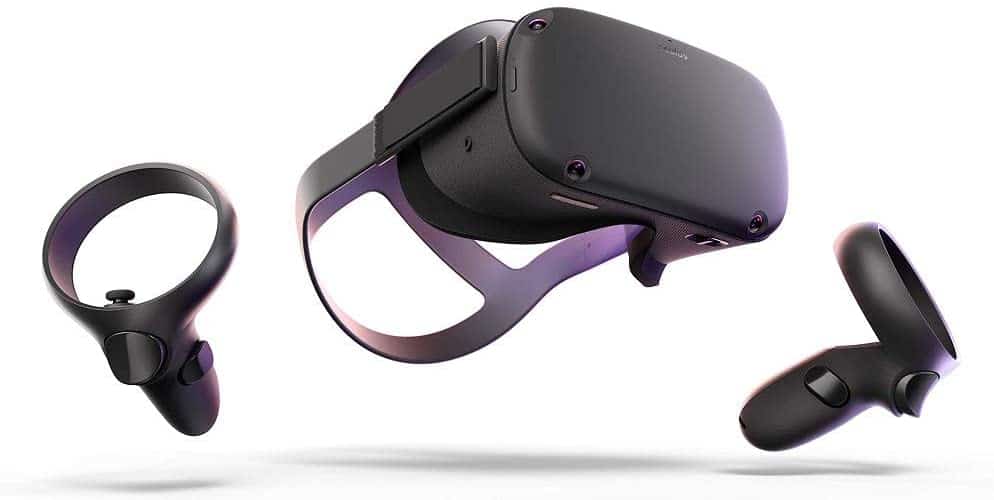 Oculus Quest is a tetherless device that doesn't usually require a PC to operate. However, if you want to access a library of applications developed for Oculus Rift, you need to connect Oculus Quest to your PC.

Note: you also need to purchase Oculus Link cable to connect Oculus Quest with your PC. 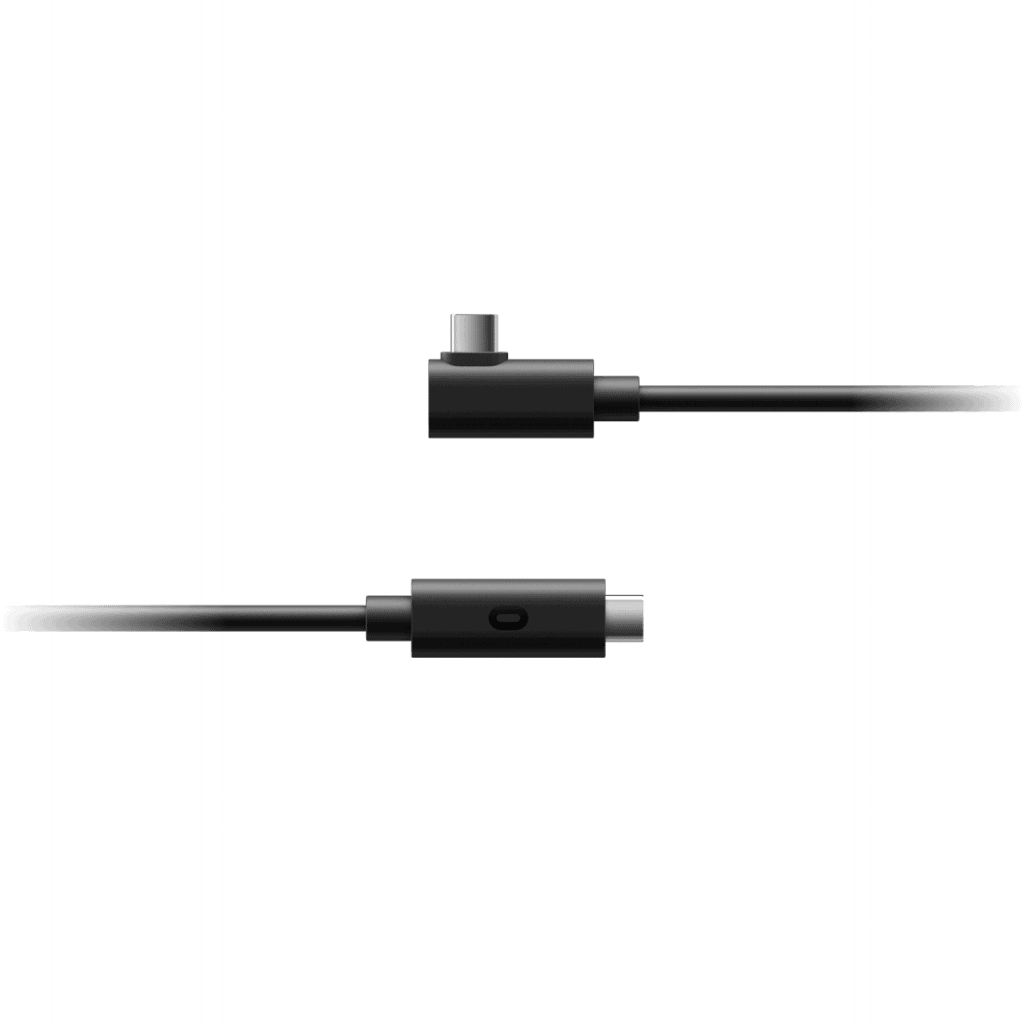 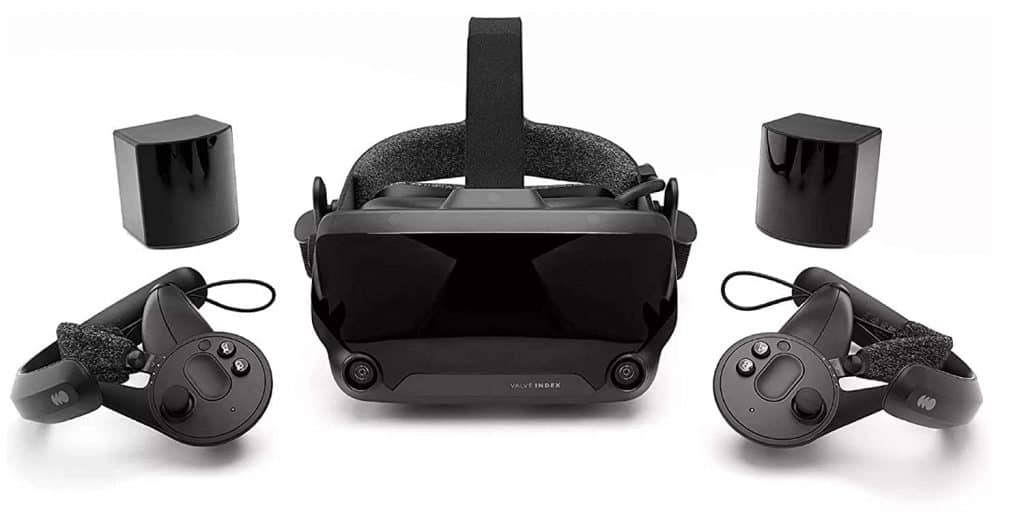 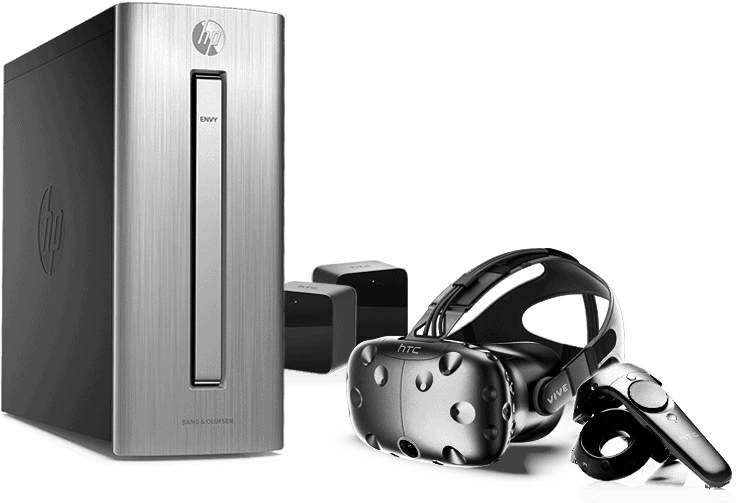 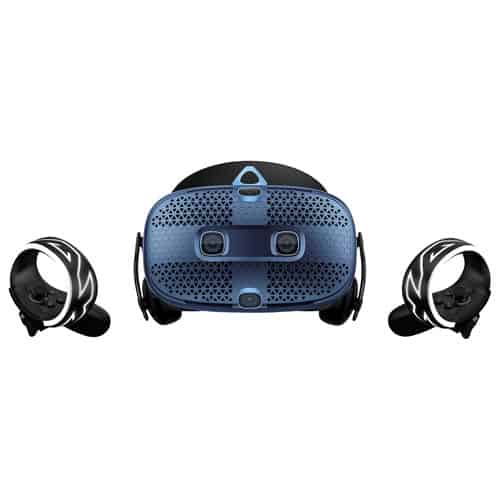 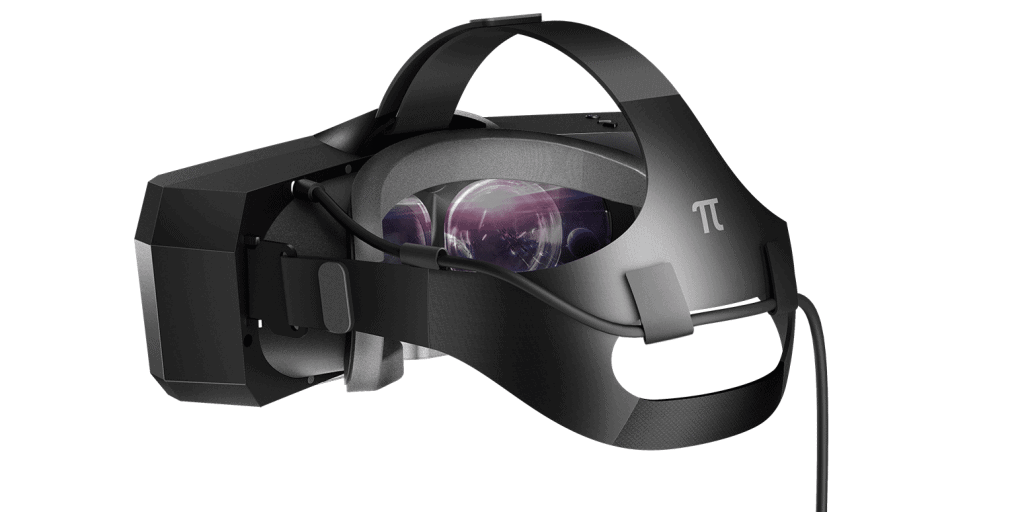 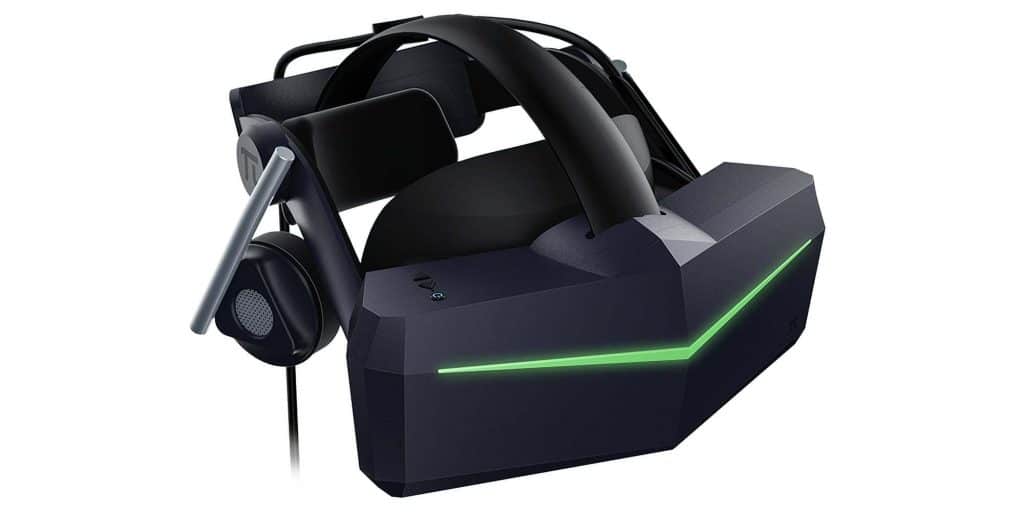 Confused about Pimax models? Take a look at their entire roster below: 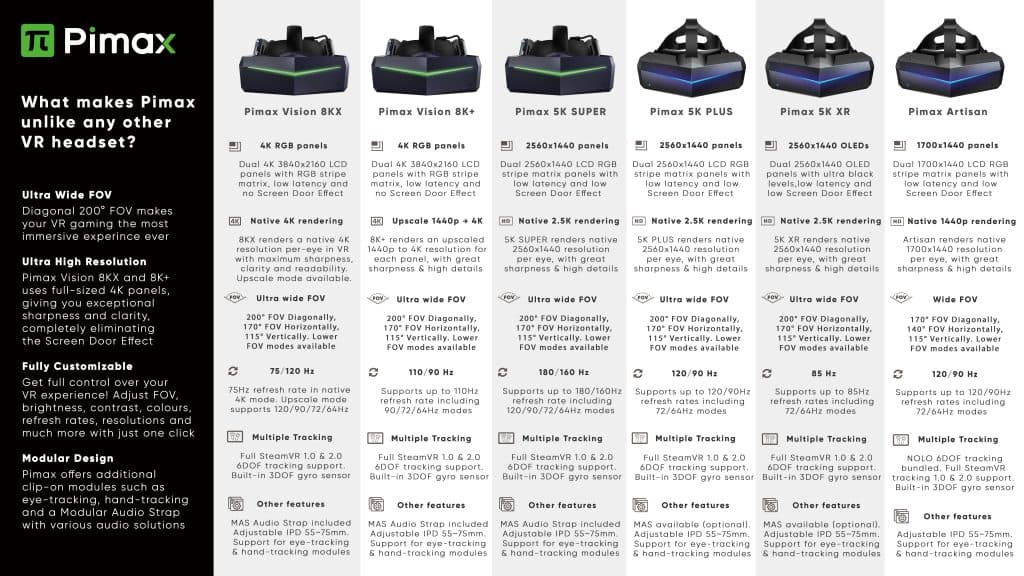 Some Macs won’t ever be able to run VR applications. Others will require slight modifications, and some Apple computers are able to run VR out of-box. Let’s see what is what. 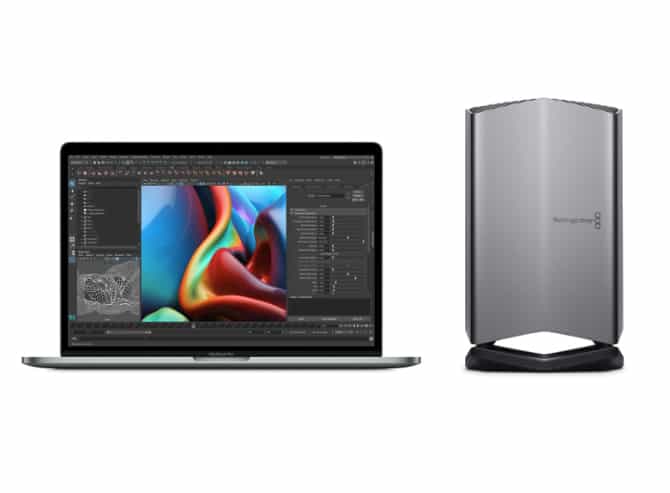 The majority of Macs run with graphic cards that are not sufficient to perform demanding virtual reality and augmented reality applications. Yet certain models and configurations are up to the task.

For example the starter configuration for the latest desktop Mac Pro runs with AMD Radeon Pro 580X which is below the required minimum for running any high-end VR headset on the market. However, a more advanced configuration with Pro Vega knocks it out of the park. [check out GPU benchmarks in our previous GPU section].

Here are Macs that meet VR requirements for GPU:

Here are Macs that don’t meet VR requirements for GPU:

If you have a Mac computer that meets CPU and RAM requirements, but doesn’t meet GPU requirements all is not lost, there is a workaround.

In 2019 Apple introduced support for external graphics cards, or eGPU. Basically you can connect a graphics card via an enclosure box with a PCIe expansion slot that connects to your Mac’s Thunderbolt 3 port.

Not all graphic cards will do. Check out the list of supported GPUs.

Also due to the Thunderbolt’s bandwidth limitations there might be a performance loss of up to 20% with this setup.

If you’re a VR developer and use Valve Index you should know that Valve has recently stopped supporting SteamVR on macOS systems as of May, 2020.

Currently there aren't many applications that support macOS out of box. There are rumors that Apple actively works on their own VR solution, but currently the majority of developers will benefit from PC-oriented VR setup.

Summary: If you’re building a VR-ready station from scratch, in 2020 it’s much more money efficient to invest into a capable PC rather than buying any Mac on the market.

How Much Will VR-Ready Computer Cost Me? 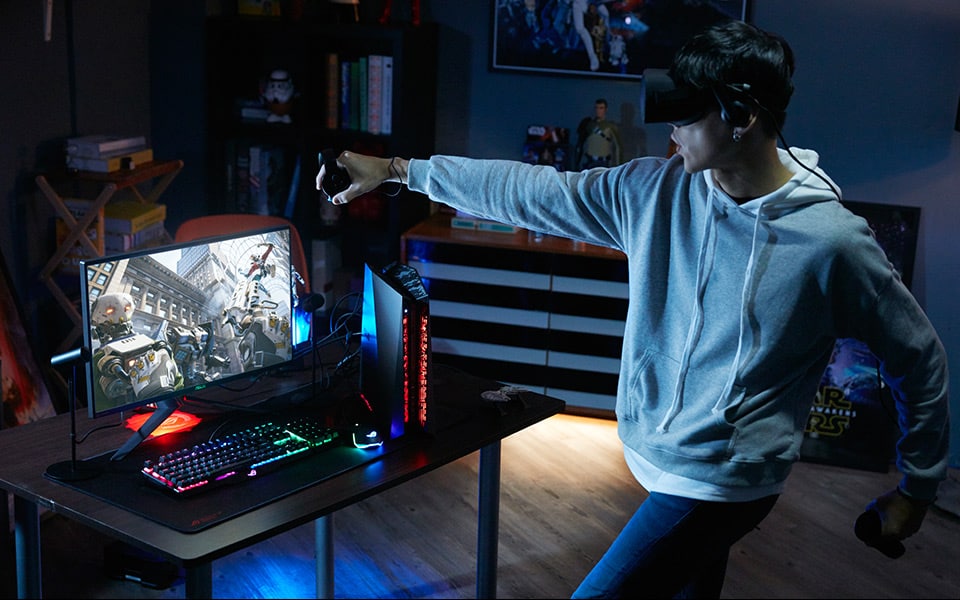 In this section we’ll cover the most optimal PC-builds and laptops to support VR headsets and VR development. 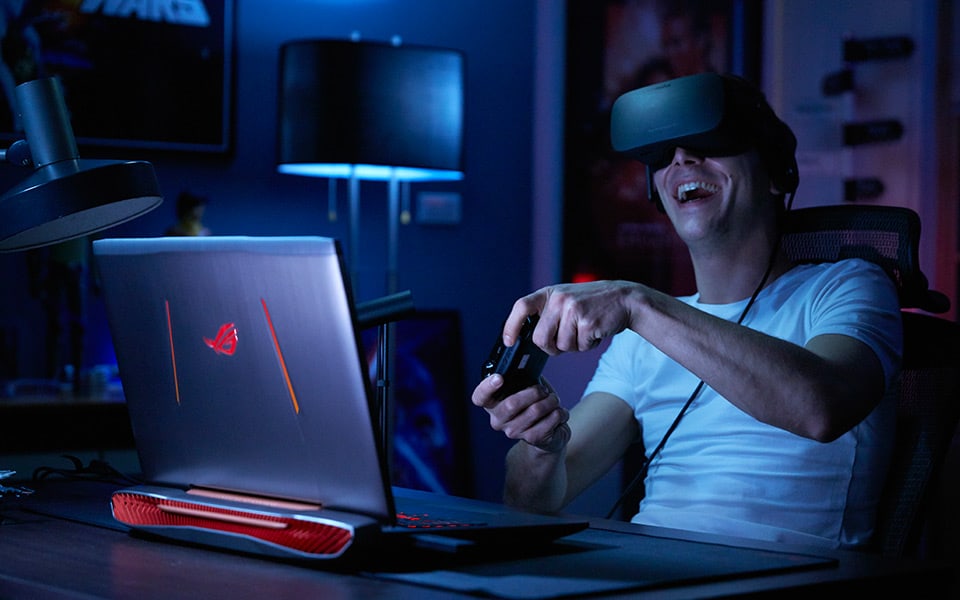 If you want a VR ready laptop, get ready to dip into your pocket as any decent VR-supporting laptop will cost you at least $1000. Below are the most optimal configurations.

Almost every station comes in several configurations, so make sure to check the satellite GPU. 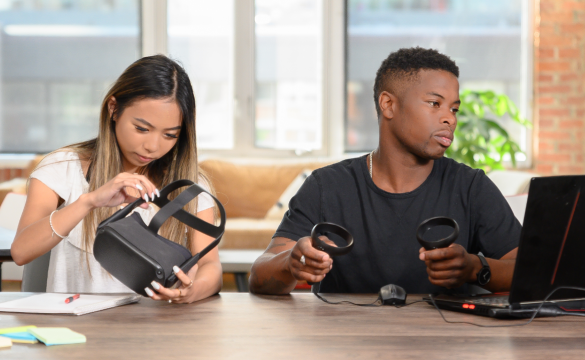 If you’re serious about VR development invest in the hardware that is going to perform for the next five or more years. This means a hardware serup that has 16 GB memory, a quad core processors and gaming level graphic card. Pay special attention to Asus Ryzen chips since they are efficient and affordable.

Below are some tips to ensure that you’re getting the most out of your VR station and workflow.

When you have two monitors, you can significantly increase your speed of development and reduce the number of useless routine operations. Instead of switching between different tabs in your browser or applications you can have the important information for your work on one monitor and your IDE / code / project on the other.

Recommendation #2: Having VR Headset Is Optional

Although it’s useful to get your hands on VR headset for VR development, it’s not necessary.

You can participate in our XR development course with only a PC or a laptop, and test your applications using Unity visual editor.

Having a VR headset is useful for testing purposes, but not development-wise.

Our recommendation for best VR headset to start with: Oculus Quest.

Recommendation #3: Set Up Your Unity For Development

You can start developing until you have software and hardware aligned.

Read our setup guides to prepare your Unity project for VR development.

What about XR Designers Do they Need a Beastly PC?

Not at all and thanks for asking.

Designing for XR uses different skill-set than development and consequentially you'll employ different tools and softwares. More on differences in Choosing Your Career in XR article.

Designing and viewing their creations for AR and VR is now absolutely doable on a Mac, provided your machine is fairly recent and powerful enough. This includes the 2021 iMacs with M1 chip.

Q. Can I run the required software (Unity) for this XR Design course on a Mac?

A. Depends on the Mac. Macs can run AR applications for iOS, but some Macs won’t ever be able to run VR applications, if they are not powerful enough (e.g. MacBook Air, older iMacs). Others will require slight modifications, and some newer Apple computers are able to run VR out of-box. We strongly suggest you contact our student enrollment advisor with your computer specs if you’re still having doubts after reading this post.

Q. Can I design, build and test VR experiences without a PC?

A. Yes. You absolutely can build on a Mac (if it’s powerful enough) and load your creations into your Quest 2 headset. There is only ONE limitation, which is that you cannot use "Oculus Link"  to see your project in immediate real-time while developing. That requires a PC. Instead, you make a build in Unity and push it to your Quest. This only takes about 30 seconds for a small project. You will do this over and over again while testing and tweaking.

Alternatively, you can design a 3D prototype using just your Quest 2 headset and a VR app called ShapesXR which allows a team or a single designer to prototype in VR, using a VR headset and controllers. The results can be imported to Unity and updates to your design within ShapesXR refresh instantly within Unity.

Q. Why is there such a strong bias towards PCs for VR software?

A. Who knows? Apple likes to play by their own rules and majority of Mac-owners aren't gamers (because they can't be). PC on the other hand is easily upgradable machine and can be adapted to the hardware requirements without buying a completely new unit.

That said, the market is expanding and democratizing. Many believe we are at an inflection point, based on the success of Oculus Quest 2 and the uptake of AR/VR by industry. Apple is working on AR Glasses and VR  and will be releasing an SDK (software developer kit).

Get the XR Development with Unity Syllabus