Virtual and Augmented Reality Changing the Museum and Gallery Experience

Augmented reality creates an enhanced version of the physical world through the use of digital visual components, sound, or other sensory cues. On the other hand, the use of computer technology to create a virtual environment that can be viewed in 360 degrees is known as virtual reality, whereby the user is entirely immersed in the virtual setting.

Potential museum-goers and gallery observers can be immersed in entire experiences and exposure to a whole new avenue of learning and perusal with the integration of VR and/or AR technologies.

Already they are being utilized in a wide range of technical applications, from medicine to combat training and more. It goes without saying that the possibilities with this type of integrated and interactive technology are endless in any capacity, from the practicality of the above-mentioned applications to the variety of evolutions they can offer to the museum and gallery experience we know.

Differences Between AR and VR

While AR juxtaposes reality and an altered version of it, virtual reality delivers complete immersion in a different reality. AR adds to what the viewer can already see, whereas VR replaces what users see with an entire alternate reality.

Specialized technology is needed for VR, including headsets, controllers, and sensors (for example Oculus Rift, Oculus Quest, or HTC Vive. However, augmented reality technology typically requires a smartphone or tablet and likely the download of an application, making it especially useful for museums and galleries due to its ease of use. 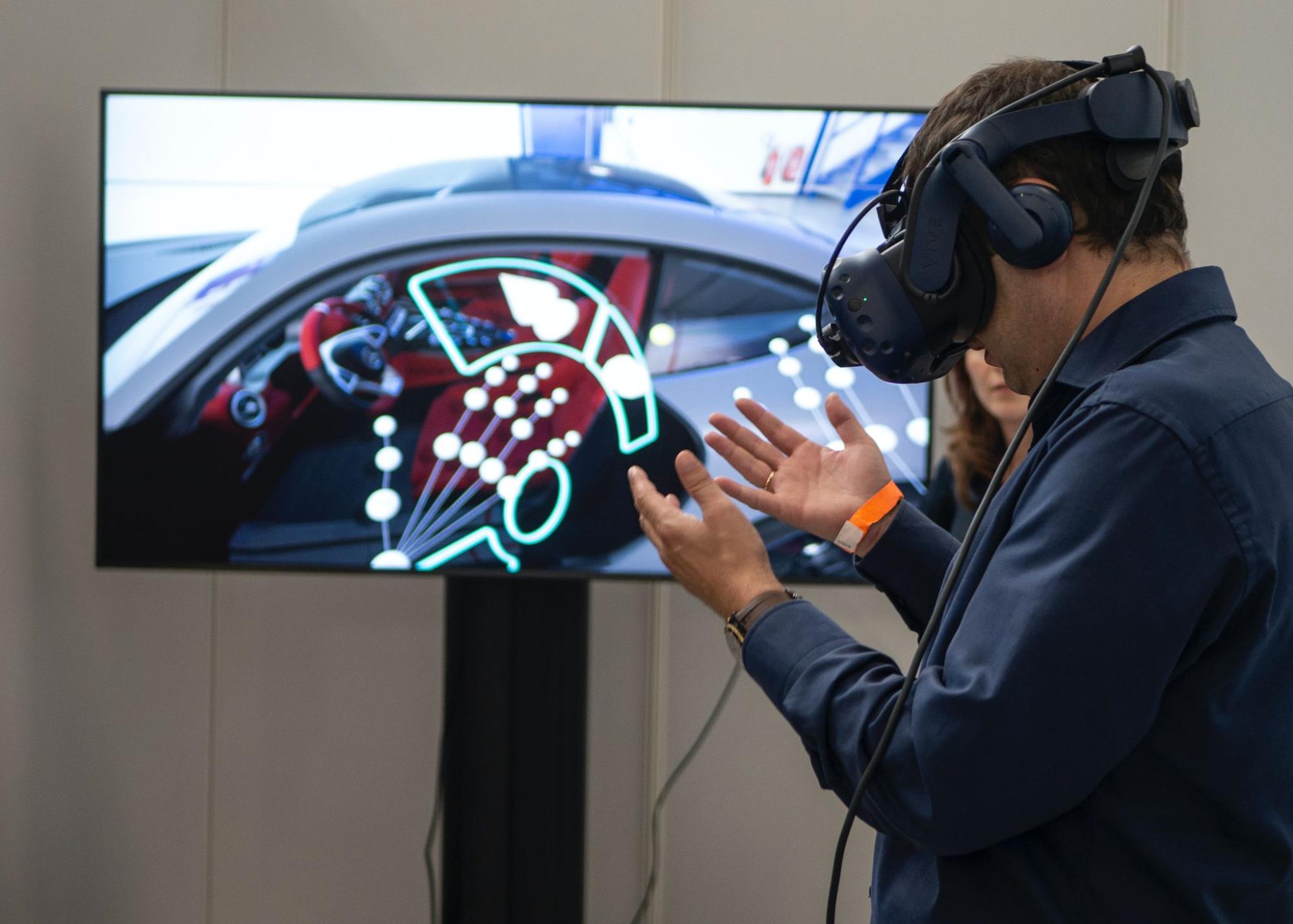 However, AR can also be used to create an entirely immersive experience similar to that of VR, just without the VR headset, etc. There’s plenty more information on both augmented and virtual reality and their wide ranges of capabilities, and it can be viewed here.

AR in Museums and Art Galleries

A few of the excellent capabilities of augmented reality are shown in museums and art galleries.

One of the first capabilities of augmented reality in museums and galleries is to use it to add piece-by-piece explanations throughout the exhibits. This means that when viewing exhibitions using AR, people can learn more. There can be links to further context, background learning, and other useful information that visitors may be interested in.

It might potentially be used by museums to show artists’ digital representations next to their creations. Then, narration can be given by these 3D persons.

With augmented reality (AR), displays can be given a third dimension that makes objects or settings come to life. Around the world, there are already a lot of institutions employing AR, such as the Van Gogh London Exhibit. This museum creates an entirely immersive experience where visitors sit in a room with Van Gogh’s artworks over the years being depicted in motion pictures along the walls and floor.

This is a game-changer for many new people. Now, not only can you enjoy the perusal of the actual artworks and other mediums of learning in virtual museums or galleries, but those that want to engross themselves in the artistry can do so. 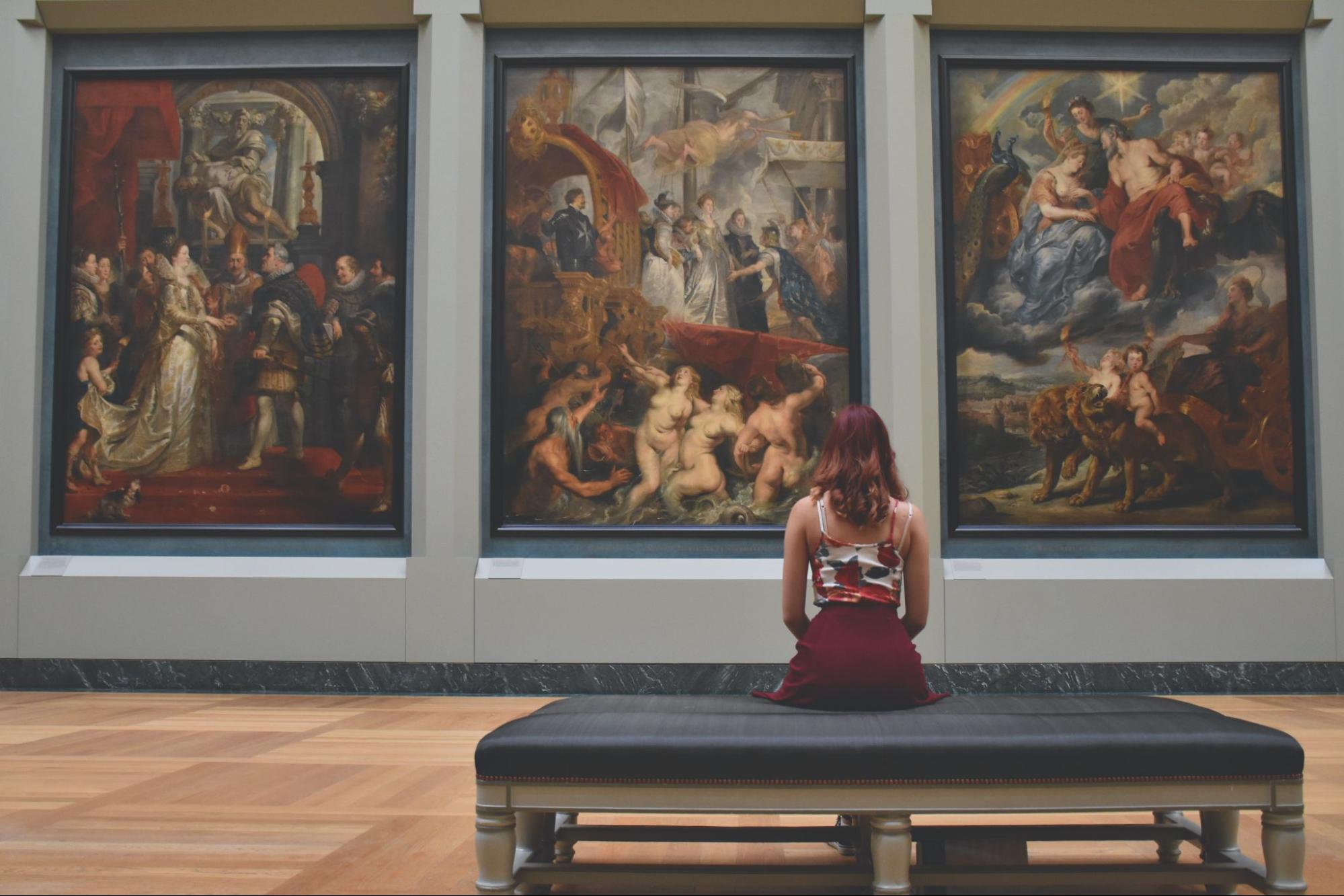 Viewing artworks is taken to another level.

Include Pieces That Aren’t Physically Available

Sometimes our goals for an exhibition are constrained by our resources, and other times our imagination is stifled by a lack of knowledge about how to use resources. Regardless of where a piece comes from, how much it costs, or if it’s physically possible to bring it to your location, technological advancements like augmented reality will allow you to include as many pieces as your heart desires on a relatively small budget.

For example, let’s look at art pieces that cannot be transported from one location to another or historical pieces that are already in use in another gallery. AR can be used to create a depiction of said pieces so that they can be included in a more integrative way rather than simply using a print or an explanation.

This greatly increases the number of art pieces that you can include in your gallery experience, not to mention bringing a whole new level of experience to the museum and gallery industry.

Augmented and virtual reality in museums both have a lot to offer from the perspective of education, creating the opportunity to breathe new life into animals that have gone extinct, much like the REVIRE project at the Muséum National d’Histoire Naturelle in Paris.

The virtual tour requires only augmented glasses, according to the Muséum National d’Histoire Naturelle’s website, through which you will experience the actual-sized 3D animations of many extinct and endangered animals.

This concept not only allows people to experience a fragment of a reality that includes these animals but allows us to learn about them from an, until fairly recently, impossible perspective.

Another stellar example of how this can be experienced is at the Smithsonian Institution in Washington DC, where the skeletons of a number of mammals, birds, reptiles, etc., have been on display for over one hundred years.

Once you have downloaded the Skin and Bones augmented reality app, you can witness these beautiful creatures from a refreshing standpoint. Upon holding a device equipped with the aforementioned app, users can see and understand how skin and muscle would have looked on top of the physical skeleton.

You don’t have to be a child to imagine how incredible this is. However, the use of this technology for children’s learning is a definite benefit. 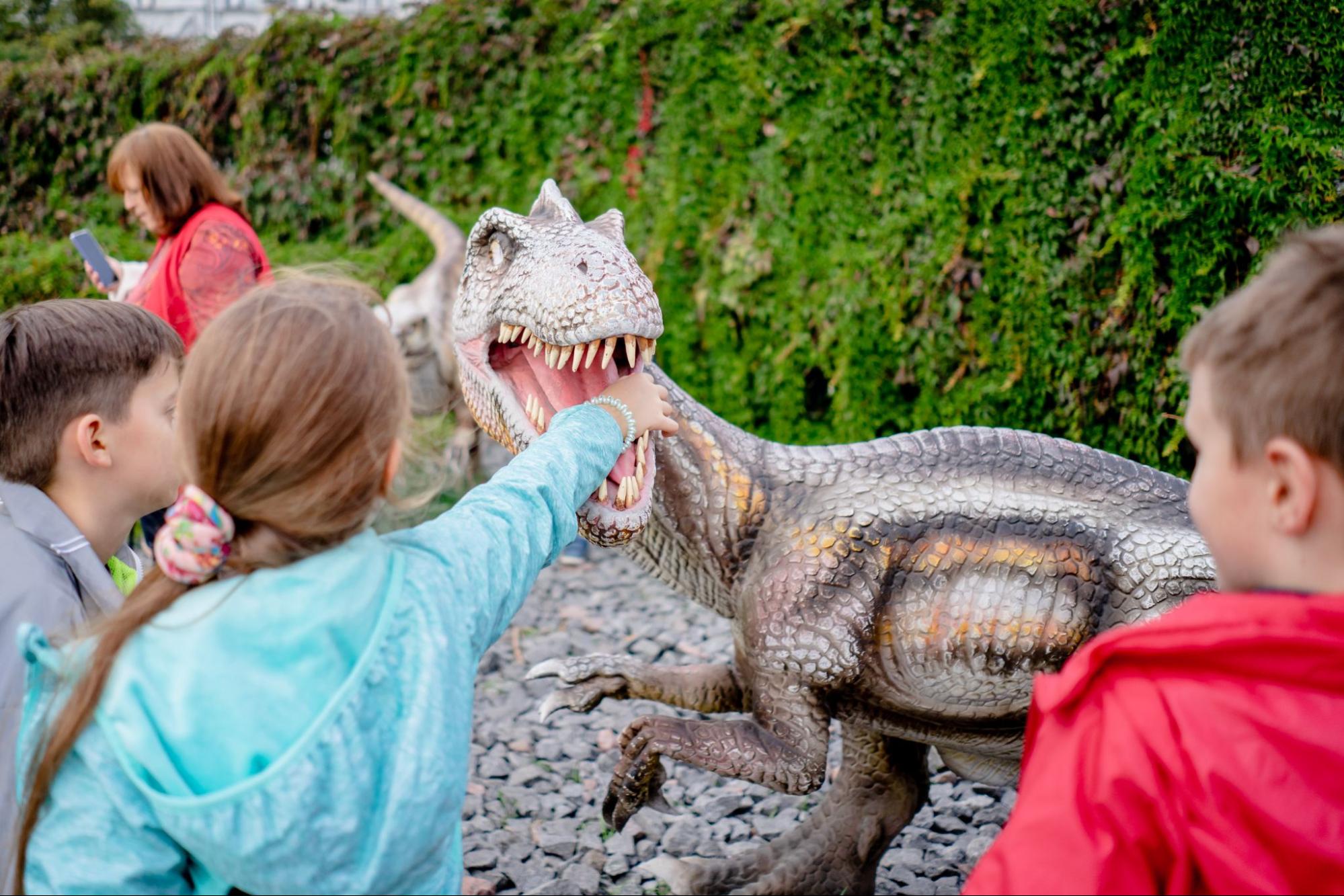 Augmented reality technology can be used by museums and galleries alike to unite their branding across the facility, or facilities if they own more than one. A stylish logo or intriguing tagline to put on mugs and tote bags is not all that branding is.

A successful brand conveys some of the organization’s character, and AR offers museums and galleries a more engaging and dynamic approach to doing it. They can include their logo in augmented exhibits, yes. But they can also design their immersive exhibits in a cohesive way that aligns with the main themes and messages of their facility as a whole.

VR Tours And Its Capabilities in the Virtual Museum

Virtual reality, while less accessible for large groups of people, still has its uses — many of which are similar to those of augmented reality. However, it likely would be with a different application and use case, such as a section where visitors can use the goggles and hearing devices separately to view possible virtual exhibits.

This capability is especially notable in alignment with the final augmented reality point.

This is especially beneficial when being used for educational purposes, offering a far greater, more accurate understanding of the virtual re-creation. Simply put, this technology is capable of transporting people to places that no longer exist, as well as the direct opposite: places that are a mere theory or inaccessible to the average Joe, like space.

The Science Museum in London’s Natural History Museum makes excellent use of AR in a few of its exhibits, such as the space-centered section where a globe on display is superimposed with images of different planets and moons alongside an explanatory narration.

London’s Victoria & Albert Museum did an amazing VR experience of Lewis Carroll’s Alice in Wonderland. The British museum partnered with HTC VIVE Arts and prepared an exhibition Alice: Curiouser and Curiouser. Audiences can access the event on the couch from the comfort of their own home even without a virtual reality viewer, through the VR platform ENGAGE on a Windows PC or Android Device, or watch along on the V&A’s YouTube page.

Another good example of virtual reality museum tours is de Young iconic museum in San Francisco. Their Ramses the Great - The Gold of the Pharaohs which shows life through the eyes of Ramses II and sees his ancient artifacts. Guests can see (and feel) the exhibition through multisensory VR experience.

The opportunities for educational growth proceeding with the introduction of virtual and augmented reality to museums and galleries are boundless.

We’re passionate about AR/VR at Circuit Stream, if you couldn’t already tell. With our development and design courses, you can become certified in AR/VR and gain the knowledge you need to bring your ideas to life. If you’re as excited about the possibilities introduced by these amazing technologies, visit our learning page today for more information.